Why is death still an unsolved mystery

The big questions in lifeQuestion 12: What comes after death?Excerpt from the interview by Insa Gall / Hamburger Abendblatt 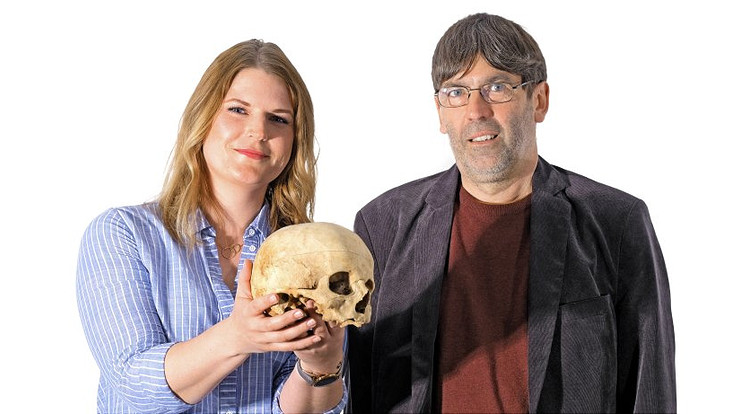 You both deal with death on a daily basis. Have you got used to it?

Carolin Schröder: For us in forensic medicine, death is part of everyday business. You get used to it, also to dealing with the corpses and the relatives. But every death is special, every case is different - and that's why we approach it with a lot of respect.

Prof. Norbert Fischer: Of course, we exchange ideas among our cultural studies colleagues, but in everyday life - with relatives, acquaintances and friends - you occasionally encounter frowns and the question: What, you are concerned with the subject of death?

How does death affect your own life?

Fischer: My life is very much shaped by it, because I think of death practically every day - not only in scientific terms. There is also a lot of emotionality involved when it comes to dying, death and grief, to saying goodbye. The topic cannot be dealt with purely rationally, which is why the question always arises as to how one is feeling about the prospect of getting underground.

Coming underground - we can still imagine that. But what comes after death? I guess that's the greatest mystery of mankind, isn't it?

Fischer: For many centuries we had relative certainty about what happens after death - through the Christian religions, Catholicism, especially with its clear ideas about the hereafter and the transition to another life, the angel as a companion on the ladder to heaven and the Living who could still do something for the salvation of their dead after their death. Protestantism sees it a little differently, but also has fixed ideas about life in the beyond. The universal certainty has disappeared today. There is a colorful spectrum of ideas about what comes after death - up to and including the idea that nothing comes about, that with biological death, one's own existence is completely extinguished and, if necessary, lives on in the memories of the bereaved.

How do you see it as a forensic doctor?

Schröder: From a scientific point of view, one has to say: We know very well what comes after death: the body begins to digest itself. Then bacteria and animals come and cause putrefaction and putrefaction. When this process is complete, there is nothing left of the body. Nonetheless, we have often asked ourselves what comes after death and what remains of us when the body is gone. I have no answer to that. But I am impressed by how different cultures interpret this and what reports from those who have passed away, who have been reanimated and brought back to life.

You can read the full interview in the Hamburger Abendblatt:
Interview: what comes after death?