Why don't we eat dogs and cats

What kind of meat do you put on your plate (if any)? Pork, beef, chicken? Why does it seem so normal for us to be eaten in these animals, while it is unimaginable for cats or dogs? We checked it out with a psychologist and looked at which animals can be slaughtered in Germany.

59.7 million pigs, cattle, sheep, goats and horses - this is how many were slaughtered in commercial slaughterhouses in Germany in 2019, according to the Federal Statistical Office. If you add the poultry to that, almost 8 million tons of meat were produced. Quite a lot, but with chickens, turkeys or cattle, we don't startle when we hear that they are being slaughtered. But if we read that a certain number of dogs or cats are slaughtered and eaten every year, it would certainly look very different. 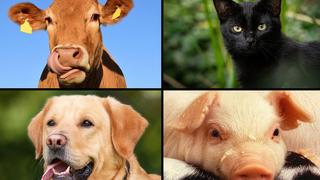 Some we cuddle, some we eat

Why do we eat some animals - and have moral concerns about others? Barbara answers us. She is a psychologist and explains:

"We first divide animals into two groups: edible and inedible."

Barbara continues: "Dog and cat belong to the group of inedible animals. Pigs, cattle and chickens, on the other hand, are simply part of our plate."

The boundary between these two groups does not only exist in our heads, but is also determined by law. According to Section 22 of the Animal Food Ordinance, meat from all domestic animals - from chickens to horses - can be sold. Literally speaking, “ungulates, poultry, lagoon animals or breeding ratites kept as domestic animals”. Condition: The animals must have been killed by slaughter. "Big or small game", for example deer or swans, may also be brought into the trade, but only if they were shot, that is, died in the hunt. Animals that have died in a car accident are therefore not allowed to be sold.

The paragraph also defines what the meat of dogs or cats looks like. With these animals it is forbidden to obtain their meat "for the purpose of human consumption or to bring it into circulation". Monkeys are also included in this regulation. In the case of cats, the law is not only about domestic cats, but about the Felidae, i.e. the family of cats. This also includes lynxes, for example. The family of dogs (Canidae) includes foxes, for example, and they are also not allowed to be slaughtered. 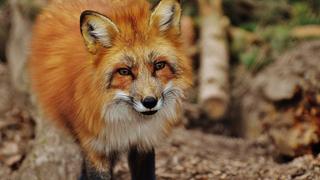 Foxes are not to be slaughtered

Incidentally, in Germany it has only been forbidden to slaughter dogs and cats since 1986! So it wasn't that long ago that some of the animals were still on the menus of restaurants.

Where is the line between cuddling and eating?

The fact that we evaluate different animals so differently and view them as edible or not is largely due to our culture, according to psychologist Barbara.

“Some of the moral boundaries have been set culturally because dogs, for example, have become more companions. Cats as well. " 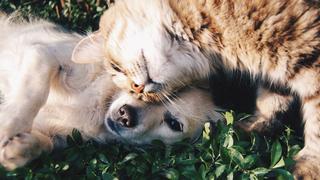 Dogs and cats: in Germany companions instead of food

Horses and other solipeds, including donkeys, are counted as slaughter animals in the EU. That's why they have to have an equine passport since 2000. When slaughtered, it provides information on how the animal was medically treated in the course of its life. In this way, consumers should be protected from the possible effects of drugs. If the passport is lost, that doesn't matter, because horses born after July 1, 2009 carry a microchip that can also be used to access the data. Horse owners can decide whether or not their animal is "intended for slaughter". 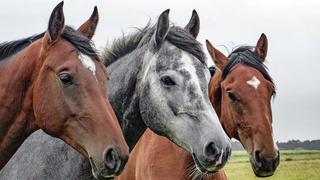 Horses: For some food, for others not

Psychologist Barbara also says that the most unusual thing she has ever eaten was goat. “But I couldn't finish it because I introduced the goat with me and I felt sorry for that. I have been a vegetarian for some time now, for ethical reasons. "

This topic was also reported on in the UNSERDING morning show with Thurie and Jonas on November 6, 2020.