Why do people leave Islam

Islamic world: religiosity on the decline?

The Arab world is a region of denominational devotion with a clear character: According to official figures, the vast majority of the inhabitants of the region between Morocco and Yemen adhere to the Islamic faith. The proportion of Muslims in the total population is around 60 percent even in a multi-denominational state like Lebanon - and almost 100 percent in Jordan, Saudi Arabia and many other states in the region.

Nevertheless, recent surveys show a surprising trend, namely towards increasing secularization. In addition, the demands for a reform of the religious-political institutions are getting louder.

Lebanon: Farewell to the veil

In Lebanon, the research network "Arab Barometer", which belongs to the Universities of Princeton and Michigan, asked around 25,000 citizens about their religiosity. "Personal piety has declined by 43 percent in the past ten years," the demographers summarize the result. This indicates that almost a quarter of the population today define themselves as religious.

If you ask passers-by on the street, this impression is confirmed. A Lebanese woman told DW about her experiences about her origins in a conservative milieu. "I come from a very religious family," said the 27-year-old. "When I was twelve years old, my parents made me wear the veil." For fear of reprisals, the young woman does not want to reveal her name publicly. "Back then, my family kept threatening me that I would burn in hell if I removed my veil." 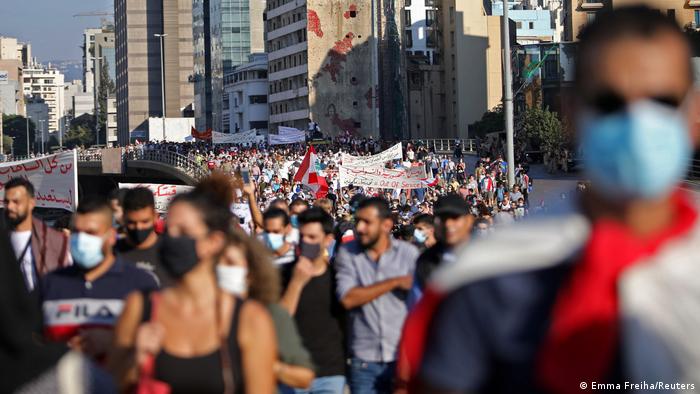 Anti-establishment demonstration in Beirut (October): For an order beyond denominations

Years later, she made friends with a group of atheists at university. "Gradually I let myself be convinced of her point of view. One morning when I was going to university, I decided to take off my veil before leaving the house," she says. The hardest thing for her was to face her family. "Deep down, I was ashamed that my decision made my parents so sad."

It is not easy for people with no religious affiliation in Lebanon. Because it is almost impossible not to have an official connection to religion - the registry office does not provide for that. The corresponding list includes 18 different denominations. But the entry "non-denominational" does not exist.

A survey in Iran came to similar findings. The polling institute "Group for Analyzing and Measuring Attitudes in Iran" (GAMAAN), affiliated with Utrecht University, surveyed 40,000 people with literacy skills over the age of 19. 47 percent said they consider themselves non-religious.

Pooyan Tamimi Arab, assistant professor of religious studies at the University of Utrecht and co-author of the survey, regards this development and the desire for religious change as a logical consequence of the secularization of Iran. "Iranian society has undergone major changes: the literacy rate has increased enormously, urbanization has made massive advances, economic development has influenced traditional family structures, and the digital infrastructure is comparable to that of the European Union. In addition, birth rates have fallen," he said Tamimi Arab in conversation with DW.

The survey showed that 78 percent of those questioned believe in God. But just under a third - 32 percent - identified themselves as Shiite Muslims, according to the study. Nine percent of Iranians, on the other hand, see themselves as atheists and six percent as agnostics, eight percent as Zoro-Astrians, seven percent as spiritually oriented and five percent as Sunnis. A good fifth - around 22 percent - do not identify with any of these directions, according to the survey. 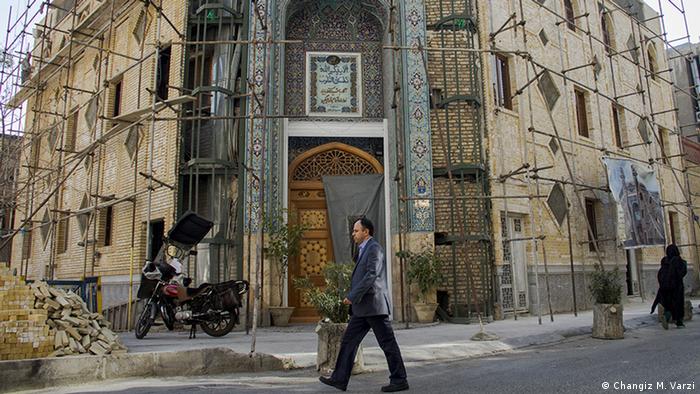 Hasan Abad, one of the few multi-religious districts of Tehran: 15 percent atheists and agnostics in Iran

"We are seeing an increase in secularization and a diversity of beliefs," said Tamimi Arab. One factor is decisive for this development: "The interweaving of state and religion is causing displeasure in the population about institutionalized religion, regardless of the fact that the vast majority are still believers".

Differentiation between belief and religious institutions

Citizens of other countries share similar thoughts. A woman from Kuwait told DW that she made a strict distinction between Islam as a religion and Islam as a political system. She doesn't want to make her name public either. "As a teenager, I did not find any evidence to support the government's alleged rules in the Koran," she says. Then she gave up believing.

Around 20 years ago, attitudes like hers were still largely disapproved. Today, however, a changed attitude towards Islam can be felt everywhere. "However, rejecting submission to Islam as a system does not mean rejecting Islam as a religion," added the Kuwaiti woman.

Differences from country to country

The sociologist Ronald Inglehart, professor emeritus of political science at the University of Michigan in Lowenstein and author of the book "Religious Sudden Decline", analyzed surveys conducted between 1981 and 2020 from over 100 countries. His observation: secularization follows a dominant pattern - the safer a country becomes, the more secular its people become. "The increase in those who do not believe at all is taking place in countries as diverse as Iraq, Tunisia and Morocco," says Tamimi Arab. 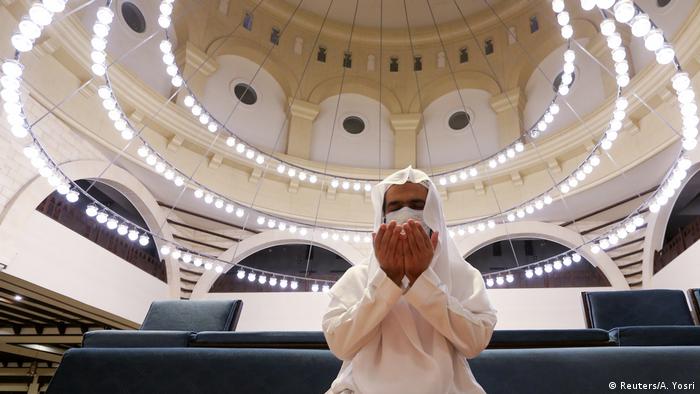 Prayer in the Al-Rajhi Mosque in Riyadh: Duty to believe in Saudi Arabia

The more people differentiate between religion as a belief and religion as a denominational system, the louder the call for reforms. Unsurprisingly, they are not welcome everywhere. For some governments in the region continue to regard religious sovereignty as an instrument to maintain an influence that extends beyond national borders.

"The trend to renounce one's faith goes against the efforts of Iran and its rivals Saudi Arabia, Turkey and the United Arab Emirates. Because they compete for religious soft power and leadership of the Muslim world," says journalist and Middle East expert James Dorsey, currently Senior Fellow at the S. Rajaratnam School of International Studies at Nanyang Technological University in Singapore.

Saudi Arabia: Criticism of Religion as a Crime

Yet governments responded to the changes in very different ways, says Dorsey. He points to two examples: While the United Arab Emirates have lifted the bans on alcohol consumption and unmarried couples living together, atheism in Saudi Arabia has so far been regarded as a form of terrorism.

As an example of the severe consequences of religious dissidence, Dorsey refers to the Saudi blogger and activist Raif Badawi. He had publicly asked why Saudi citizens were obliged to adhere to Islam. He also stated that religion does not provide an answer to all questions in life.

Statements like this continue to be treated as a crime in Saudi Arabia, despite reform efforts. And that was what Raif Badawi felt: for apostasy or insulting Islam, he was sentenced to ten years in prison and 1,000 lashes.

Adapted from English by Kersten Knipp.