What is the smallest country

Little big celebrity: the smallest country in the world

There are over 190 countries in the world. Some are gigantic, others so tiny that there is no local currency or embassy there. Small countries have their own charm. They include, for example, idyllic South Sea paradises with fine sandy beaches. A noble principality, in which the rich and beautiful live, is also part of it. But the smallest country in the world is in the middle of Italy.

The smallest country in the world: Vatican City

Vatican City is the smallest recognized state in the world. It has an area of ​​0.44 km² and about 800 inhabitants. This means that it is also the state with the fewest inhabitants in the world. The official language of the mini-state is Latin - but Italian is actually spoken. The Vatican was founded in 1929 and has been a UNESCO World Heritage Site since 1984. Every year there is a special holiday that is based on the election day of the current Pope. It is currently March 13th, the day on which the Argentine Jorge Mario Bergoglio became Pope Francis (as of 10/17).

Vatican City is an absolute elective monarchy. The cardinals of the Roman Catholic Church form a conclave and elect the Pope. This is the absolute ruler of the Vatican until the end of his life or until his resignation.

The smallest country in the world - geographical location and demarcation

The Vatican is an enclave that is in the urban area of ​​Italy's capital Rome is located. It is separated from the rest of the city by a wall. The area, only 0.44 km² in size, is approx. 450 m long in north-south direction, while it is approx. 550 m long from east to west.

Vatican City is located to the west of the Tiber River on the Vatican Hill. In addition to St. Peter's Basilica and St. Peter's Square, the state territory also includes the Vatican Museums and palaces. The papal summer residence in Castel Gandolfo is not part of the national territory: it is part of the extraterritorial property of Vatican City.

Even if you wanted to, there is no way around the famous St. Peter's Basilica in Vatican City. This spectacular building is one of the largest churches in the world. St. Peter's Basilica was built between 1506 and 1626 and has an area of ​​15,000 m². Tour the cathedral's east facade, designed by Carlo Maderno, and admire magnificent mosaics and sacred statues. 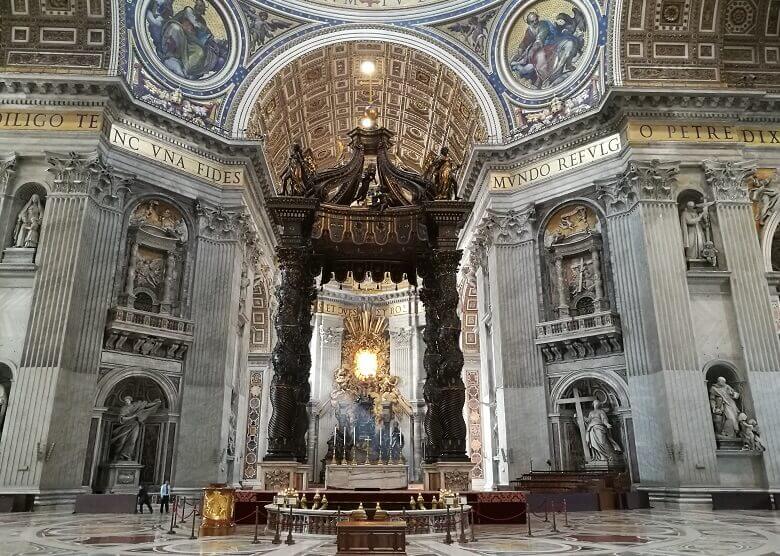 The Vatican Museums are among the most popular sights in all of Italy. There are a total of twelve museums as well as several chapels and halls. The most famous among the chapels is the Sistine Chapel. Each museum is focused on a specific theme. Visit one of the largest art collections in the world and marvel at the immeasurable wealth of the Catholic Church. Check out the collection of around two million books, maps and coins in the Vatican Apostolic Library. Egyptian mummies are a highlight of the Vatican Museums. 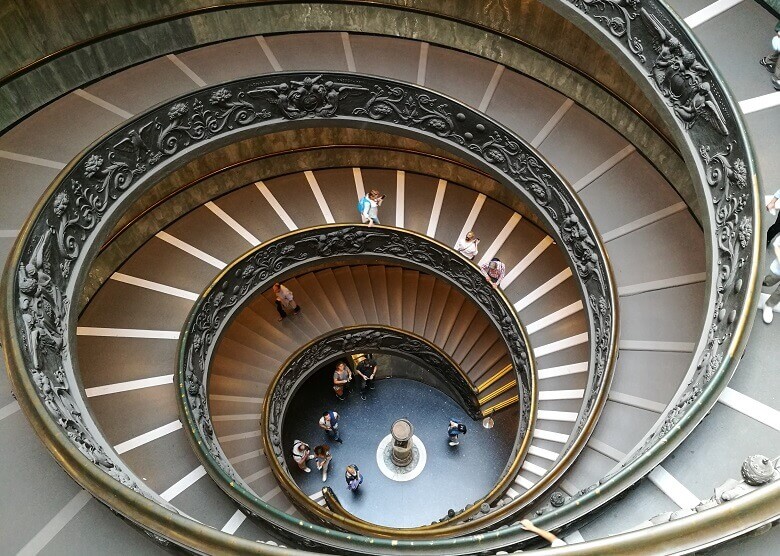 The Principality of Monaco has an area of ​​around 2.02 km² and around 37,500 inhabitants. It is a city-state and is on the Mediterranean coast in Europe. Thanks to a population density of around 17,000 inhabitants per square kilometer, Monaco is the most densely populated state in the world that is independent. The tax haven is a popular residence for the rich and famous. 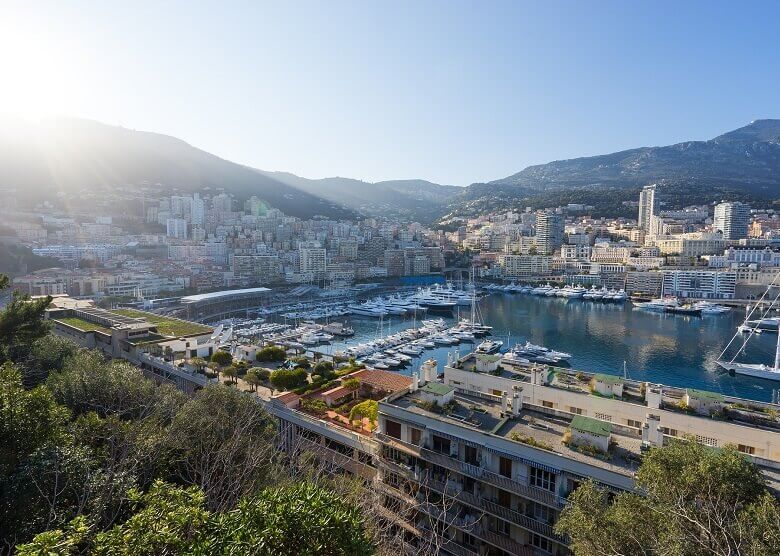 The island state of Nauru is located in the Pacific Ocean, more precisely in Micronesia. Here 11,300 people live in an area of ​​21 km². This makes Nauru about the size of Disneyland in Paris.

The Polynesian island state of Tuvalu is located north of New Zealand in the Pacific Ocean. It's round 26 km² in size and has around 11,200 inhabitants. With only eight kilometers of paved road, it has the fewest kilometers of roads in the world. The highest point on the island is only five meters above sea level.

The 61 km² state of San Marino is located in southern Europe. It is an enclave and completely surrounded by Italy. About 33,000 people live there. San Marino is the oldest still existing republic in the world.

The mini-country of Liechtenstein is a landlocked country. It is located in the Alpine region in the central part of Europe. Liechtenstein has around 37,900 inhabitants and covers an area of ​​160 km². The capital is Vaduz.

The Cook Islands in the South Pacific are about 236 km² and have around 11,700 inhabitants. The 15 small islands lie between Hawaii and New Zealand. The main island is Rarotonga, there is an international airport there.

Niue is a coral island in the southern part of the Pacific. It is located near Tonga. Its area is 260 km² and it is home to around 1,600 residents. The capital of Niue is Alofi.

The Nevis and Saint Kitts archipelago is in the Caribbean. It has around 50,300 inhabitants who live in an area of ​​around 261 km². Christopher Columbus discovered the islands on his journey in 1493. St. Kitts is a volcanic island with deep canyons. It is separated from Nevis by a wide canal.

The billiger-mietwagen.de editorial team combines the concentrated knowledge of online editors and travel experts from all areas of the company. For us at billiger-mietwagen.de, traveling is both a hobby and a job. In the travel world, the editors provide you with the most important travel information and cool insider tips.

Latest articles from billiger-mietwagen.de-Redaktion (Show all)
<?