How are the people in Taiwan

Taiwan cityscape
Why do Germans place more value on a “tidy” cityscape than Taiwanese?

“There is no second chance for a first impression,” is the saying. This applies to people, but also to cities and countries.

What is the first impression visitors get of Taiwan? I often pick up German visitors who have never been here at the airport in Taoyuan. “Don't be surprised,” I warn them when we leave the modern terminal and get on the bus or train. “Many houses here look bad to you. But that has nothing to say. "

On the drive we see them scattered between factory buildings and rice fields, and when we approach the metropolitan area of ​​Taipei we can almost grab them with our hands through the window: apartment blocks that have had their best days long behind them. Blackish tarnished concrete, tiles covered in gray dirt, rusty window cages, blind panes. “These are not slums,” I explain to my guests. "Ordinary people live here, and inside it can look very different."

I've lived in Taiwan long enough not to rate things with thumbs up or down. “It's not better, it's not worse, it's just different” is a guiding principle for travelers that I find very sensible. I know that Taiwan's cities have reasons for how they look, and that people everywhere have different priorities.

Why does Taiwan seem like a third world country?

But it is also a fact that the first impression of Taiwan for many visitors from Europe, for example for Germans, is often more reminiscent of a third world country than of a wealthy industrial nation with a western standard of living, which Taiwan has long been. It's a deceptive impression, even my visitors notice that after a short time, but it just happens. Are Taiwan Citizens Ready to Pay That Price? What are your priorities? You can only decide for yourself.

My look and my aesthetic sensibilities are shaped by growing up in Germany. And in German culture, one is taught from an early age that it is important to present a proper image to the outside world. Houses looked well-groomed, streets and cities tidied up. In the country where I grew up and most of the people have their own property, the meticulous maintenance of the lawn and front yard is also part of the process for many. “What does that look like!” Say neighbors when someone does not adhere to local standards. If you don't keep your garden or facade in good shape, you think that you are sure to let your apartment deteriorate, maybe even your life, and you can't be a “tidy person”. Sometimes we Germans overdo it too.

In Taiwan, I think that outside-inside connection is less important. Many people don't care much about the exterior of their buildings, but they spend a lot of time and effort keeping their home clean and furnished. If you go on vacation to Europe or Japan, take photos of the neat houses there. If you come back to Taiwan, you might shrug your shoulders and say, "There is nothing you can do about that."

Can't you really do anything?

What are the reasons that many Taiwanese accept to walk through unsightly alleys on their way home and look out their window at dingy walls? Is it really impossible to change?

Taiwan's climate is often mentioned. It's hot, humid, and the air in the cities is full of exhaust fumes from scooters and cars. Anyone who cleans a tiled wall here or paints a fresh coat of paint on a concrete wall may have enjoyed it for a year, then the dirt will have settled again. Good point. However, I was very surprised some time ago in Singapore. It's even hotter and more humid there than in Taiwan. Still, almost all buildings, including older apartment blocks, looked like they were peeled from an egg. A proper coat of paint can work wonders. Do the painters in Singapore use special colors or do they have another secret? Anyone who is serious about city beautification in Taiwan could start here. Taiwan's paint maker and house painter would definitely be pleased.

Another reason: “It's too late to change anything.” Fifty years after the start of Taiwan's economic miracle and construction boom, there are hundreds of thousands of aging concrete prefabricated buildings in the cities, and it seems pointless to start with small cosmetic corrections anywhere . The hope lies in "urban renewal": Get rid of the old boxes, and instead, neat new high-rise buildings are being built. The problem, however, is that these buildings also have to be kept in good condition if they are not to develop a patina. Many systems from the eighties and nineties have also been clearly attacked. Should it go on and on? The times when Taiwan was only considered temporary quarters for the government and many residents and was built on a provisional basis are long gone.

Why does nobody feel responsible?

An important reason, I think, is this: Nobody feels responsible, and nobody wants to pay for others. In Germany, the Residential Property Act applies to all houses in which the apartments have different owners. This clearly regulates which parts of the house are jointly owned: the exterior walls, for example, the roof, the heating system or the windows. All owners have to take care of these parts together. Every month they pay a so-called “maintenance reserve” into a pot, from which repairs are paid for. If the roof is renovated, the owner of a ground floor apartment has to pay for it. If a majority of the owners decide that their facade needs a new coat of paint, they all share the costs. And no apartment owner can simply install other windows, hang an air conditioner on the facade or even convert a balcony into a closed room. Of course there can be arguments or someone doesn't pay their dues. But in a functioning community of owners, these shared obligations mean that everyone benefits in the long term.

I found out that Taiwan has a similar law. But it probably only applies to newer buildings and large residential complexes, those with an elevator and porter. In the countless four or five-story concrete buildings that dominate many districts, every owner can do pretty much what he wants - or not. And so, on the one hand, the wild growth on the facade emerges, where everyone wants to gain a few square centimeters of space on their own, screwing on different window cages and canopies - and on the other hand, nobody sees it as their job to keep the house as a whole in order.

On the one hand I can understand that, on the other hand I am amazed. Don't Taiwanese see, much more so than Germans, an apartment as an investment that they want to sell again at some point for as much profit as possible? If you bring an apartment in a well-kept building, in which the structural fabric is in order and there are no expensive repairs to be expected at some point, then not one better price? Or are the owners just speculating on urban renewal, demolition and a new apartment in the new high-rise? I don't really understand this aspect of Taiwan's real estate market yet.

“Pride of ownership” is what it means in English when property owners treat their property with particular care and decorate it nicely. Taiwanese people also like to be proud of their country, but the appearance of their cities seems to get in the way. A Japanese magazine cover sparked a discussion the other day. Brutus magazine illustrated a report on Taiwan with a large photo of a street in Tainan known for its restaurants and food stalls. This picture could have come from any city in Taiwan: Built-in facades, the roadside blocked with scooters, a lot of confusion. So completely normal, and anyone who lives in Taiwan for a long time gets used to such a sight. But the fact that such a realistic photo was used to illustrate “typical Taiwan” abroad probably didn't appeal to some. Sometimes problems in Taiwan are only seriously discussed when one thinks that a "loss of face" has occurred abroad.

In any case, Tainan's Mayor William Lai thought it was good that the magazine “respected Taiwan's culture” when choosing the images. And I can understand that. In fact, for me, and probably also for other Europeans who get involved in Taiwan, the colorful, sometimes wild juxtaposition and confusion in the cities has a great charm. It is simply more interesting and varied to roam the streets and alleys of a city in Taiwan than in Germany. This is due, for example, to the many small and completely different shops that are wall to wall here. Craftsmen, owner-managed shops, restaurants, workshops, apartments in between and above - a lot of things that are taken for granted in Taiwan were only recently recognized as worth preserving in Europe's inner cities. Neighborhoods that still have this quality are now the most popular.

I think that when it comes to renovating or “tidying up” cities in Taiwan, this established mix should by no means be destroyed. If a new apartment skyscraper is built in an inner city district, which is sealed off from the surroundings with walls, porter's lodge and dark panes, it can look as high-class as it is - a piece of the quality of life dies. An administration should make it a condition for a building permit that there are small shops on each newly built ground floor that can be rented out at reasonable prices.

Where are flagship areas?

Of course there are also examples where a lot is going well. In Tainan I think of the area east of the Confucius Temple, in Taipei the area around Dihua Street. Preserving historic buildings, sprucing up post-war buildings, fitting new buildings carefully - I think that can be a recipe for success. Initially applied specifically in certain neighborhoods, it can gradually spread. The owners just have to want it, and the city administration has to set consistent rules, encourage initiative and sanction violations.

Incidentally, I personally don't find corrugated iron roofs or neon signs to be a big problem. Some of them you can't see from below anyway, the others actually give the streets something “typically Taiwanese”, if it's not an old town district like Dihua Street. I find the tangle of power cables that criss-crosses so many facades and can ruin any house much more annoying and unaesthetic. Starting here and making sure that all the cables in your own house are neatly laid, that might be an idea to get started with beautifying the city.

Who has to initiate?

Some things can be ordered from above, but not everything. The image of the cities in Taiwan will only change across the board if more and more residents realize for themselves: It is not only possible to live in a more beautiful environment - it is above all worthwhile. Only human-friendly buildings deserve the label “culture”, wrote the literature professor Hsu Yu-fang (許 又 方) in a comment. "A dirty, chaotic environment does not respect people." Taiwan must create conditions that are worth living in so that culture and life complement each other. Otherwise it will “never be a progressive nation”.

I wouldn't put it that drastically. I find Taiwan quite progressive and see many encouraging developments in society. Increasing pride in one's own country and a change in awareness of quality of life can mutually reinforce one another. The Taiwanese have already achieved so much. You could certainly tidy up your cities, too, while preserving what makes them special. You just have to want it. Not because of the impression on visitors from abroad, but for yourself. 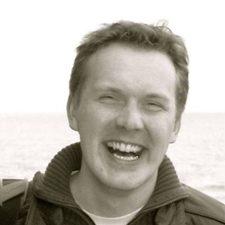