Are all conspiracy theories wrong

Why do people believe fake news?

Jacqueline F. fell for a false message on Instagram in 2019. Police officers mistreated and hanged protesters in metro stations in Chile, according to a screenshot of a newspaper article that was shared on Instagram. At that time, Chileans protested against an increase in metro ticket prices. "I was totally shocked and thought: 'What are the cops doing?'", Says Jacqueline F. looking back.

She accidentally fell for false news - others want to believe misinformation and conspiracy theories. "It depends on my preferences," explains conflict researcher Andreas Zick, "I believe in conspiracy myths when I have certain attitudes or concepts of the enemy in advance." Enemies can be, for example, the police, a government or activists in the fight against climate change. 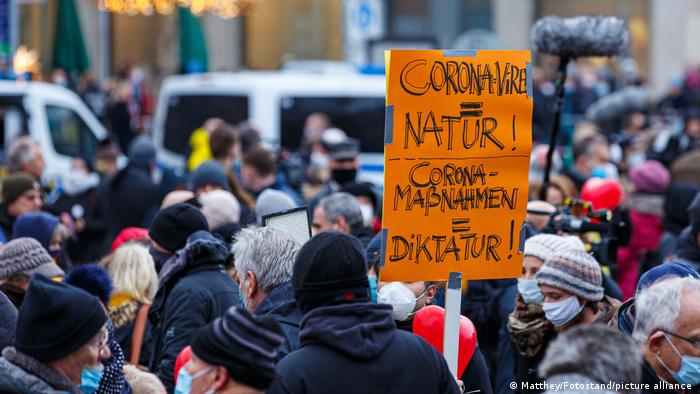 Experts around the world see conspiracy theorists as a threat to democracy.

There are then countless online offers on the net that confirm your own opinion, says Zick. "Then I only consume channels that correspond exactly to my opinion. That is more than a bubble, it is a kind of parallel universe that satisfies all possible needs."

Fear plays a major role in this, says psychology lecturer Andreas Kappes from City University London. "For example, it could be that someone is afraid of needles and doesn't want to be vaccinated because of it," he explains. The person then looks for information that says vaccinations are dangerous and should not be vaccinated.

Hardly any differences between reputable and dubious sources

In addition, people are often prone to fake news who have experienced a great loss of control in their lives, says Parianen. False news would give people this control back. "The world suddenly becomes very understandable," explains the neuroscientist. "And if the conspiracy believers feel insecure, then they try even more to convince other people. Because if someone else believes the same thing, then I feel confirmed again."

Boredom is also a factor during the pandemic. "Boredom helps people get caught up in conspiracy theory," explains Parianen. Suddenly you have a lot of time to look at a number of pages and groups. And you have a community and you are no longer all alone at home. This is how you identify with a group.

Algorithm as a catalyst for fake news

"Fake news" is not only a product of the psychology of the user, says Jens Koed Madsen, Senior Research Assistant at the University of Oxford - but also of social networks. The combination of one's own opinion and the algorithm is dangerous. A US study says, for example: Fake news spreads much faster on Twitter than real news. "False news often contain an emotional language, often also a very lurid language," explains Madsen. Sometimes the disinformation is so absurd and "funny" that it even shared with people who did not believe it.

But people who believe in conspiracy theories could still be convinced with rational arguments, explains Andreas Kappes. You just have to address these people in the right way. "If you contradict them, they won't listen to you," says the psychologist. You have to find common ground, something you can agree on - then discuss and use facts. Because: People who believe in fake news have to find something that will hold them back.

"It helps to look for areas in life that you can control, to get involved in democratic organizations," explains Parianen, "Secure ties in the environment always help." And: source competence. Knowing which sources are reputable and which are not.

This especially helps people like Jacqueline F. who accidentally fall for fake news. When Jacqueline F. noticed that the news about police officers who mistreated and hanged people in Chile was false, she was a bit ashamed. That is why she has been researching more carefully since then: "If I don't know whether something is right or wrong, then I try to find more information about it. I try to rely on reliable sources and not on dubious websites."