In which countries are doctors currently lacking?

The number of infections is increasing rapidly in Europe. The intensive care units are also filling up again with COVID-19 patients. The World Health Organization (WHO) has therefore warned against overloading the health system, especially in Europe and North America. "Many countries in the northern hemisphere are currently seeing a worrying increase in cases and hospital admissions," said WHO chief Tedros Adhanom Ghebreyesus in Geneva.

In some places the capacity limits of the intensive care units have even been reached. That was the result of a survey by the German Press Agency. According to trade unionists, dozens of doctors and nurses are on duty in the completely overloaded clinics in the Belgian province of Liège, despite the corona infection. "We have to choose between a bad and a very bad solution," said Philippe Devos of the Federation of Medical Unions. The very bad solution is not to treat patients at all. 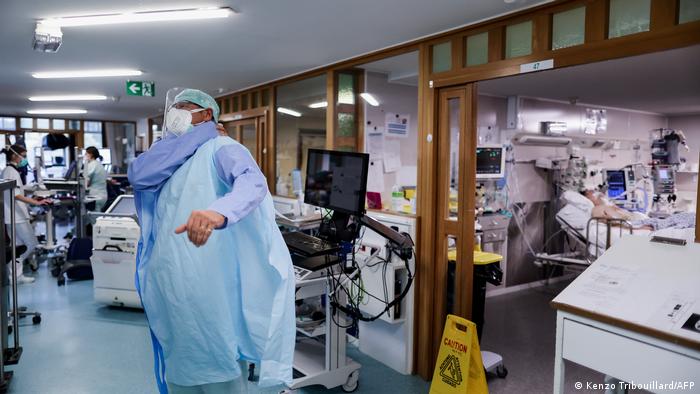 Lack of staff in the Czech Republic

In second place is the Czech Republic with 1,379 infections per 100,000 inhabitants. There, the government has decided to take drastic measures such as a night curfew to prevent the hospitals from becoming overburdened within two weeks.

The Ministry of Health ordered that planned operations be postponed in all clinics. The lack of staff is a major cause of concern. According to the Medical Association, more than 13,000 employees in the healthcare sector have infected themselves with Corona. Most keep working if they don't show any symptoms.

In France, a curfew between 9 p.m. and 6 a.m. has been in effect since October 17th, affecting two thirds of the French population. Nevertheless, the number of infections continues to rise massively there: More than half of the beds in French intensive care units are occupied by corona patients, in Paris it is even around 70 percent.

According to MPs, the French government fears that the hospitals will be overcrowded without stricter measures. Prime Minister Jean Castex gave 11 November as the date for a briefing behind closed doors, said MP Andre Chassaigne after the meeting. "So the situation is particularly serious. If we can't flatten the curve, our hospitals won't be able to treat patients in 15 days."

The situation is similar in Switzerland. There, the government's COVID task force estimates, according to a media report, that the intensive care beds will be fully occupied in mid-November if the infections continue to increase. 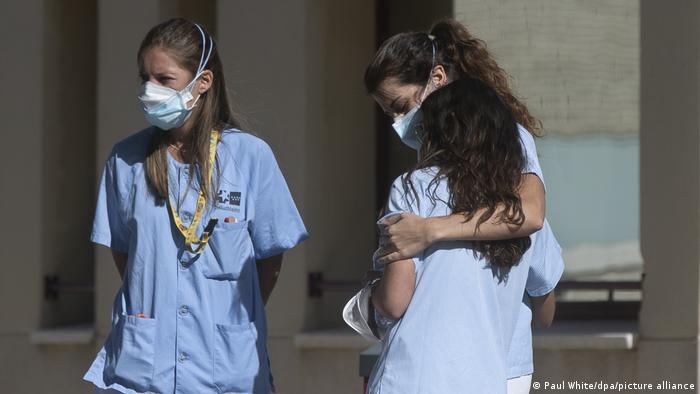 The situation in Great Britain is also very tense. According to media reports, the capacity of the first clinics in the Greater Manchester area is exhausted. The problem: The national health service NHS is chronically underfunded. Even with a flu epidemic in winter, many clinics cannot cope with the onslaught of patients. Thousands of operations have already been canceled, and the government has built several makeshift clinics.

Thousands of skilled workers are lacking in Germany

In Germany there is no shortage of intensive care beds, but there is a shortage of nursing staff. That said the President of the German Interdisciplinary Association for Intensive and Emergency Medicine, Uwe Janssens, the newspapers of the Funke media group. There is now "sufficient capacity for free intensive care beds and ventilators". But that alone does not help "if we do not have any staff to take care of the patients". Herein lies "the much bigger problem".

Roughly estimated, there was a shortage of 3,500 to 4,000 specialists for intensive care nationwide, said Janssens. Chancellor Angela Merkel wants to discuss with the Prime Minister on Wednesday how the rapid spread of the corona virus can still be contained.