What do you call an abortion doctor

The right to decide: abortions in Germany

It's all about this:

In the Capio Elbe-Jeetzel Clinic in Lower Saxony near Dannenberg, the chief doctor for gynecology wants no abortions to be performed in his entire department. As an avowed Christian, according to the gynecologist Thomas Börner, abortions violate his "maxim of not killing". Women who would like to have an abortion would have to resort to clinics in neighboring cities - making the right to self-determination more difficult, say critics.

The group that owns the hospital in Dannenberg has meanwhile spoken out against the head physician's request. The decision of the gynecologist "without prior consultation with the group management" caused irritation in the hospital.

"From now on, other, very experienced employed specialists in gynecology will take over the medical intervention," said the group's managing director, Martin Reitz. As before, Börner was not involved in these operations for personal reasons. He will leave the clinic in the medium term at his own request.

How are abortions regulated in German law?

In the Federal Republic of Germany, abortions are generally forbidden, but under certain conditions they are not punishable. To date, the termination of pregnancy is regulated under Section 218 of the Criminal Code and can be punished with a prison sentence of up to three years.

A woman is free to terminate a pregnancy if the operation takes place within the first 14 weeks of pregnancy. However, the woman must find out more at a state-approved counseling center at least three days before the procedure, where she will receive a certificate of the counseling. The abortion only takes place with the certificate. If the woman became pregnant as a result of a sex crime or the pregnancy endangers the physical or mental health of the woman, then an abortion can also be carried out with impunity.

What is a woman entitled to?

A woman in Germany is not entitled to an abortion - but she is entitled to medical services with which the abortion can be carried out on an inpatient or outpatient basis. This is prescribed by Section 13 of the German Pregnancy Conflict Act. The federal states have to guarantee this in principle, but not every hospital has to provide this service. The law goes on to say: "In the security order, clinics that go beyond the district boundary must also be taken into account if they can be easily reached by public transport within a day." 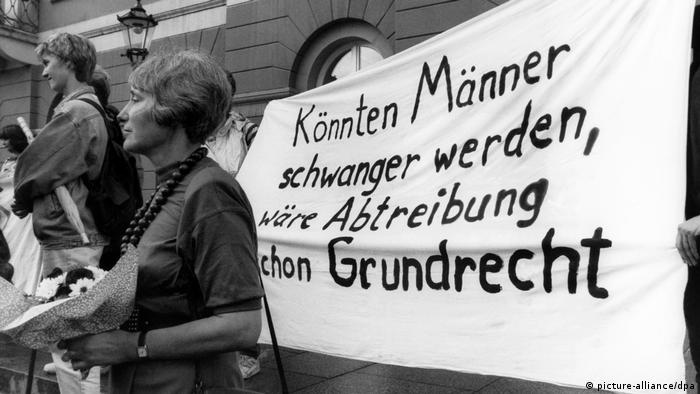 Because the clinic in Dannenberg is the only hospital in the area with a gynecological department, critics saw this care as endangered. "There is no other option for women," said Ute Engelhardt from the Pro Familia Lower Saxony Association of Deutsche Welle. The decision would also restrict women’s right to self-determination. Even for Lower Saxony's Minister of Health Cornelia Rundt, going to the nearest hospital is not a solution. In her opinion, a woman needs "the opportunity to have the emotionally and physically stressful procedure carried out in a familiar environment at a reasonable distance from her place of residence," said Rundt.

When can a doctor refuse an abortion?

In principle, a doctor in Germany may refuse to carry out abortions - this is also guaranteed by the Pregnancy Conflict Act. "The right of refusal applies above all to doctors, but also to the medical and nursing assistant staff, the hospital management and the hospital operator," said Karsten Scholz, legal advisor of the Lower Saxony Medical Association of Deutsche Welle. The refusal does not require any justification.

There are hospitals - especially those with Christian sponsorship - that do not perform abortions because of their denominational orientation. There are exceptions in medical emergencies - if the woman is in mortal danger. "According to a decision by the Federal Administrative Court, the announcement of a chief physician's position may also include the willingness to carry out indicated abortions," explains Scholz. 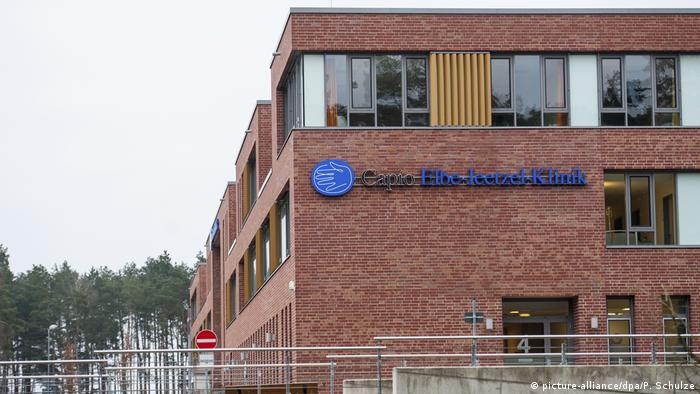 Debate about the Capio Clinic in Dannenberg: The new chief doctor of gynecology, Thomas Börne, does not want to have abortions carried out

In the case of the Dannenberger Klinik, for the first time in Germany, a chief physician wanted to prohibit abortions in his entire department - regardless of whether the hospital was denominational, but on the basis of his or her personal convictions.

Why is there a dispute about abortion?

Abortion is a fundamental problem in the reconciliation of medicine and ethics. Anti-abortion opponents argue, for example, that unborn life should be protected in principle. Some see the protection of life as a religious duty, because every human life is a being created by God and therefore should not be killed. But regardless of religious views, human dignity is an important reason to protect human life, regardless of the stage of development.

When this life begins is part of the discussion: Does life arise with the fertilization of the egg or does it begin from the point in time at which an embryo is viable?

Proponents of abortion argue that only women can decide for themselves, as it affects their own body. They also argue that an embryo cannot survive without the mother, and therefore it is not yet a life of its own.

Who can decide on abortion regulations?

It is a political decision which arguments are given more weight. Regardless of the ethical discussion, responsibility for the decision for or against abortion is also discussed as a fundamental political question on the rights of women.

For example, US President Donald Trump recently attracted criticism when, by presidential decree, he banned the financing of international organizations with US funds if these funds were used for abortions or to provide information about abortions.

When the decree was signed, only men were in the picture behind Trump - and the fact that men decide about the bodies of women is at the heart of the abortion debate for many critics: "As long as we live there will never be a picture showing seven women who decide by law about the reproductive organs of men, "said a Twitter user. The picture went viral and showed: The dispute over abortions was actually never over.

This text has been updated after the decision of the group management on 9.2.2017.