Can we still jailbreak Xbox One?

A group of hackers appears to have obtained a full version of the developer kit (SDK) for Microsoft's Xbox One console. H4LT communicated this on Twitter under the handle @nothalt and submitted screenshots as evidence. The files, including documentation, can be found at the Mega cloud storage service, among others. 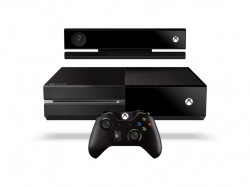 Xbox One with Kinect and controller (Image: Microsoft)

With the SDK it would theoretically be possible for anyone to write games and other programs for the Xbox. Those who want to officially sell them later must of course continue to register with Microsoft and then receive the SDK legally.

An unlocked version of the Xbox One is now conceivable, on which users could download unofficial games and apps from the Internet. According to H4LT, there is “no definite exploit,” as Se7ensins announced. The files are a first starting point.

The SDK is intended for use with Visual Studio 2012, which is also required. With the release, H4LT hopes for "creativity" and support in researching Microsoft's system, according to its own information, in order to be able to create a parallel ecosystem more quickly. In particular, they rely on help from Windows 8 experts due to the technical proximity to this operating system, quoted The Tech Game.

For Microsoft, this is likely to be more bad news after its Xbox Live service was paralyzed by a DDoS attack on Christmas Day. A modding community like the one that still existed with the Xbox 360 actually wanted to prevent it in the case of the Xbox One.

At the same time, one of the leading developers of the Xbox One, Boyd Multerer, announced his departure from Microsoft. Even after its launch in 2013, he took a break. Now he wants to devote himself entirely to start-up projects. Almost the entire Xbox management has changed under Phil Spencer.

Tip: how well do you know Windows? Check your knowledge - with 15 questions on silicon.de.