High IQ people can have ADHD 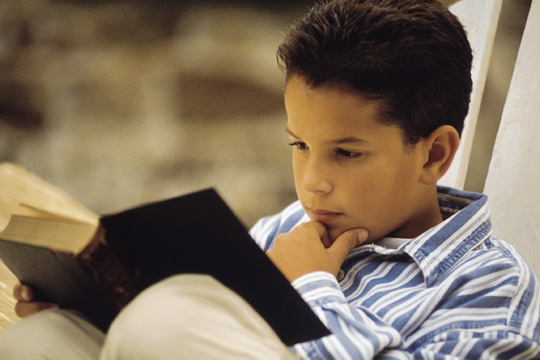 Giftedness and ADHD can occur in combination

Under the construct Giftedness in psychology is understood a person's intellectual talent that is far above the average. It is assumed that there are quantitative differences between different people in terms of their intellectual abilities and that it is possible to divide them into different groups based on their abilities. The origin of giftedness is unclear, but a connection with the social environment in childhood and genetic influences is suspected.[1] The concepts of giftedness are controversial.[2][3]

Giftedness can also occur together with ADHD, but the intelligence performance of ADHD sufferers is not considered to be higher on average.[4] Giftedness does not seem to be associated with ADHD more often. The scientific data on giftedness in connection with ADHD is inadequate, empirical findings are rare.

In the literature, various signs are often mentioned that can indicate a possible giftedness. However, these signs alone are not sufficient for a reliable diagnosis. Often, dealing with a possible ADHD leads to the diagnosis of giftedness, or the presumption of gifted people ultimately leads to an ADHD diagnosis. In the case of the combined form, an isolated observation can lead to one of the two remaining undetected.

External expectations of a child can influence whether the child is recognized as gifted. For example, girls from around the age of four may adapt to the gender-specific expectations of their teachers and playmates and hide their skills and interests in order to gain social acceptance. Realistic performance expectations, where success is possible and calculable, motivate children to make greater efforts.[9][10]

Nevertheless, in certain cases, due to the giftedness, social problems can develop. These are more common in children and adolescents than in adults.[11] Especially when gifted people are socially excluded due to their deviant behavior, their self-esteem can suffer, which as a consequence creates a high psychological burden and can favor the development of psychological problems and disorders such as reactive depression.[12]. 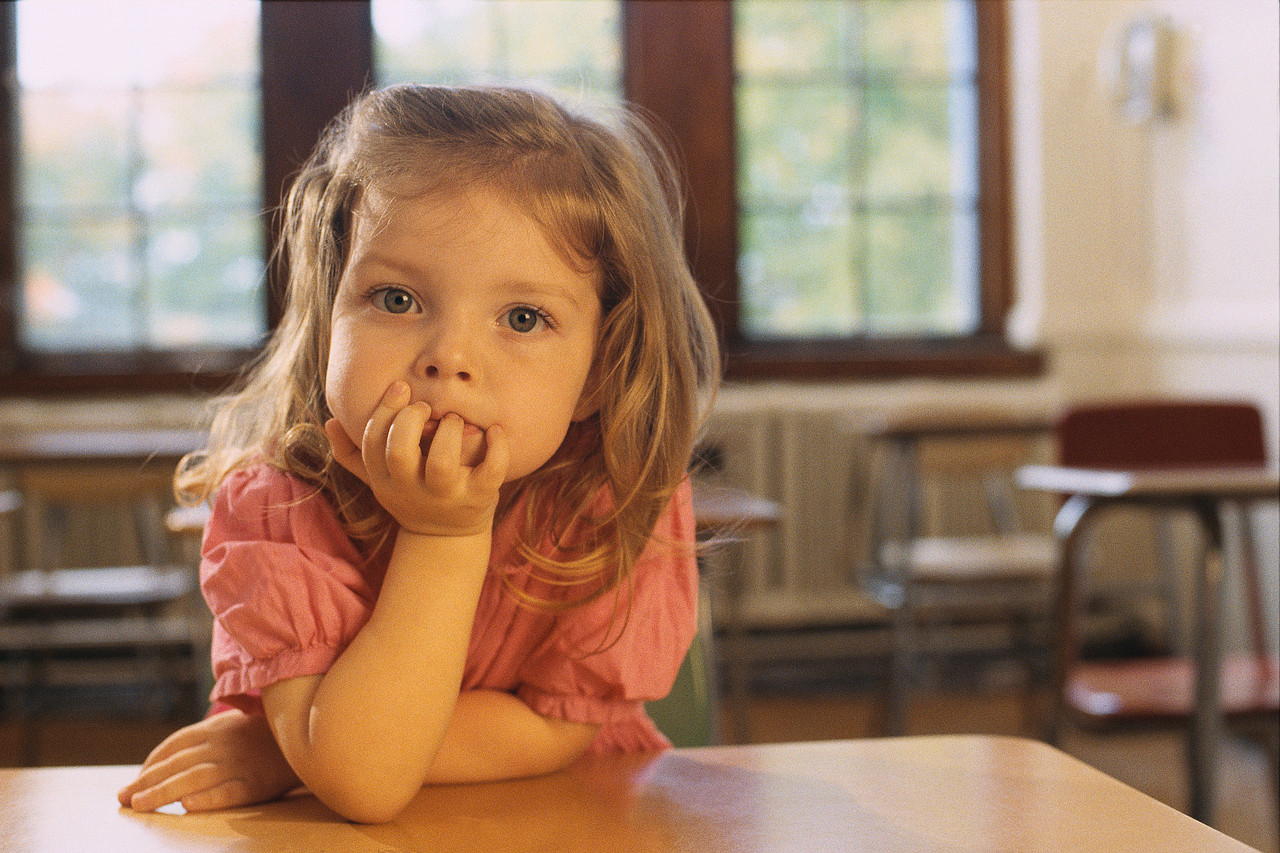 Research has shown that, on average, high intellectual ability is not combined with ADHD more often, but high intelligence and ADHD are not mutually exclusive. With the expected natural distribution structure of around 0.12% combined gifted people with ADHD (4-6% ADHD, 2% IQ> 130), this combination is probably rare. In a US study, the majority of children with ADHD and combined giftedness belonged to the combined ADHD subtype.[13]

The following characteristics are essential for the combination of ADHD / giftedness:

The disturbances in the perception processing of the ADHD sufferers, in combination with the giftedness, lead to discrepancy experiences from which the sufferers suffer. If, on the one hand, those affected are capable of particularly high performance due to their high intellectual potential and their ability to hyperfocus, they prevent their lack of concentration from exploiting their potential permanently and at a constant level of performance.

The quick perception typical of gifted people, together with the slow pace of work typical of ADHD and the divergent thinking structures in both the home and school environment, harbors potential for conflict. For outsiders, the superficial style of perception does not seem to match the quick perception, which is why those affected are often seen as presumptuous or, due to their often anecdotal knowledge, as “half-knowing-know-it-all”.

On the other hand, a high level of talent also has the potential to be able to compensate for the ADHD symptoms at least temporarily and in part. This can be disadvantageous if early detection of ADHD is prevented by the compensatory behavior.

However, increased symptoms of ADHD can also mask the presence of special talents. Particularly in the so-called hypoactive subtype (primarily inattentive subtype), an unrecognized giftedness can lead to a degeneration of intelligence.[14] If the presence of giftedness is known, then on the other hand, the undetected ADHD can harbor a high risk of undesirable developments and an inadequate curriculum vitae.

Difficulties are particularly likely in the school sector if, on the one hand, the child's perception seems to be above average, but cannot keep up with the pace of teaching. Since gifted children and adolescents with ADHD are often divided into the highest-performing school classes due to their high intelligence and in view of their apparently high performance potential, those affected quickly face difficulties for which no reasons seem to be apparent at first. A repetition of the grade can be avoided by transferring the gifted child to a less productive school class with a slower working pace in the current school year.

Symptomatic overlaps between giftedness and symptoms of ADHD are also possible. For gifted children who think ahead and plan ahead, an unstructured environment is a disproportionately higher stress factor. If there are also low cognitive demands and inconsistent manners prevail in the social environment, for example on the part of parents or teachers, this represents a risk for them. Develop behavioral problems (aggression, defiant reactions, nervousness, dreaming, dawdling, refusal) that are similar to symptoms of ADHD.[15] The behavioral problems of gifted children, which are similar to hyperactivity, can decrease or even disappear completely if appropriate supportive measures are taken.[16]

When caring for highly gifted children and adolescents with ADHD, social integration is often difficult due to the diverse diversity. A tolerant environment that accepts and supports them as they are is both beneficial and necessary. Specific parent training can be helpful in supporting parents of affected children and adolescents. This requires in-depth knowledge of the disorder as well as knowledge of the special requirements of a gifted child.

Differences between ADHD and giftedness

In terms of differential diagnosis, a possible giftedness should always be excluded as a primary diagnosis with regard to a possible ADHD, since the ADHD symptoms often overlap with possible behavioral problems in gifted people (see above).

The central criterion that distinguishes gifted and disturbed children is on the one hand the depth of thinking and the ability to abstract, on the other hand, that gifted children are usually not averse to lasting intellectual efforts, but also eagerly seek longer lasting intellectual challenges. This applies in particular to activities that are of interest to them.

Tabular comparison of characteristics of disturbed and gifted children:[17]

Hyperactive behavioral problems occur in gifted people especially in monotonous, under-demanding tasks, while they usually work in a concentrated and calm manner in demanding tasks. Average gifted children and adolescents with ADHD become more restless and less focused the more difficult they are.[18] Furthermore, gifted people are usually quickly ready to work on tasks again after interruptions, while ADHD sufferers usually find it very difficult to resume work.

Misdiagnosis of ADHD in gifted children and adolescents

See also: misdiagnosis
With regard to the frequency of misdiagnosis of ADHD in gifted people, there are currently few[19] until no reliable studies before (2013). With regard to a persistently under-challenging learning environment, however, difficulties can be expected with highly or well above-average gifted children and young people. If gifted children and adolescents react with disruptive behavioral problems instead of adjustment and resignation due to persistent underloading, these reactions in the school environment are often associated with deficits in raising their children at home or with ADHD.[20] The common occurrence of abnormalities in social behavior and disorders in the performance area favors the assumption that the problems can be traced back to a possible ADHD.

A study from 2012 showed that misdiagnosis of ADHD is becoming increasingly common, especially among boys[21][22]. However, the study does not make any statements about the frequency of ADHD misdiagnosis in gifted people. The consequences of a false positive diagnosis of ADHD can be far-reaching. Under certain circumstances, a drug or psychotherapeutic treatment of a non-existent ADHD is carried out, while necessary interventions to eliminate the mental deficiency are not taken. In addition, those affected develop a self-concept on the basis of a non-existent disorder with corresponding implications for further development.

In connection with giftedness, so-called Underperformers (engl. Underachiever) spoken, which is used to describe people who fail to achieve their potential. It is possible that actually highly gifted people only perform average or below average, whereby the causes are not (as in ADHD) neurobiological genesis. However, the causes for a deficit cannot be clearly and singularly determined. Possible causes, however, are on the school side (e.g. poor quality of teaching) or of a family nature (abuse, problematic parenting style, excessive performance expectations).[23] Depression or negative self-concepts, the causes of which can be varied, can also contribute to underachievement. It is known that especially gifted people with excessive demands on performance often tend to give up quickly, which predestines them to underperform. Such children, who are potentially capable of high performance, may be listless, disinterested, dreamy, but also socially and emotionally conspicuous or even aggressive.Recognizing, understanding and absorbing underperformers is a special problem for all caregivers in kindergarten and school.

Critics point out that giftedness, similar to the concept of intelligence, is a construct that is developed using measurable methods (operationalizations) and is basically only based on cognitive performance, but does not take into account any partial talents in certain areas. The giftedness is thus possibly only an artifact and does not really exist. On the other hand, some significant similarities could be found in studies in the groups of the gifted.[24]

Furthermore, the arbitrary delimitation of giftedness from normal giftedness is often criticized.[25] According to this, it is not logically comprehensible, why a giftedness should exist for example from a measured intelligence quotient of over 130, and not already with an IQ of 120.