How can I identify a hidden land mine

They are a dangerous legacy of armed conflict: around the world there are around 100 million sharp landmines hidden in the ground. Ten people are killed or mutilated by these contaminated sites every day. Two brothers from Afghanistan have now developed a method to quickly clear these hidden landmines. Without endangering life. 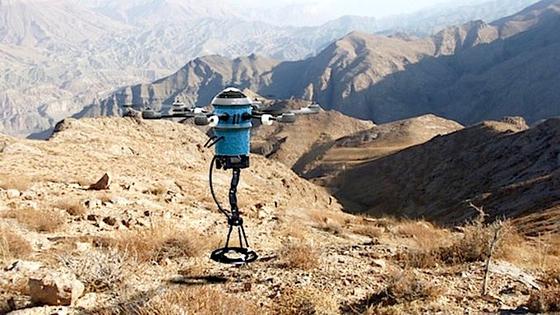 The Kafon Drone mine flies over the previously mapped ground at a distance of just four centimeters and scans the area with a metal detector.

The brothers Massoud and Mahmud Hassani grew up on the outskirts of Kabul in the small town of Qasaba in Afghanistan. And both experienced the horrors of hidden landmines in childhood.

Around 100 million land mines in the earth

Around the world there are around 100 million landmines in the soils of former conflict regions. Every day ten people are victims of an exploding land mine. Today it is an arduous business to track down the hidden and forgotten landmines. Sniffer dogs are chased through the terrain, minesweepers with detectors slowly work their way into the field or clearing vehicles roam the plain. 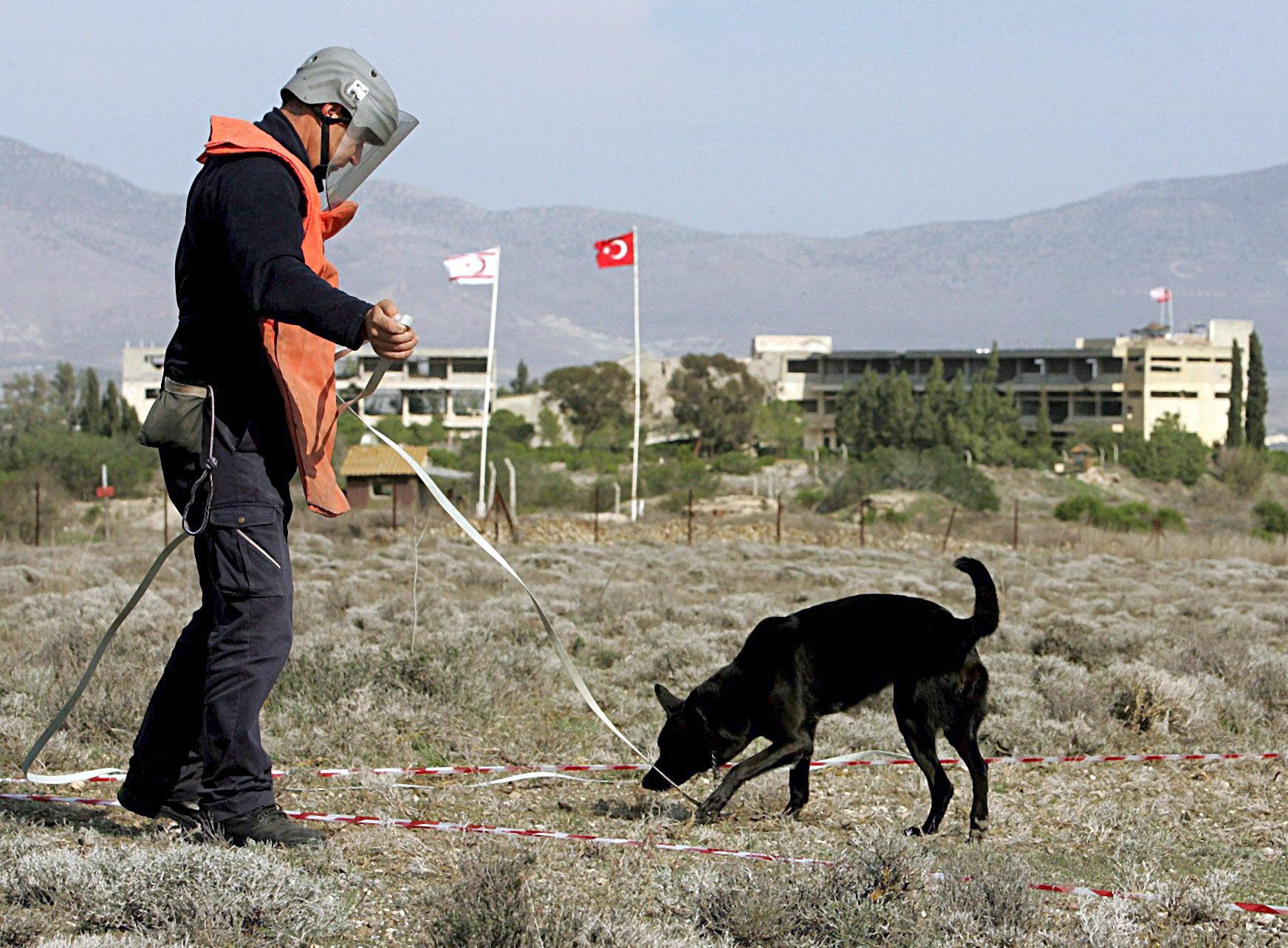 Dangerous: man and dog in search of hidden landmines.

This takes a while. And it is definitely taking too long for the two brothers who live in the Netherlands today. They have set themselves the task of removing all hidden landmines on earth in less than ten years. In such a way that people no longer have to go into the mine-contaminated areas and risk their lives.

You have developed a remote-controlled aircraft that detects land mines from the air and then deliberately detonates them. The Kafon Drone mine is said to make it 20 times faster and even 200 times cheaper to find and remove hidden booby traps than would be possible with conventional methods. 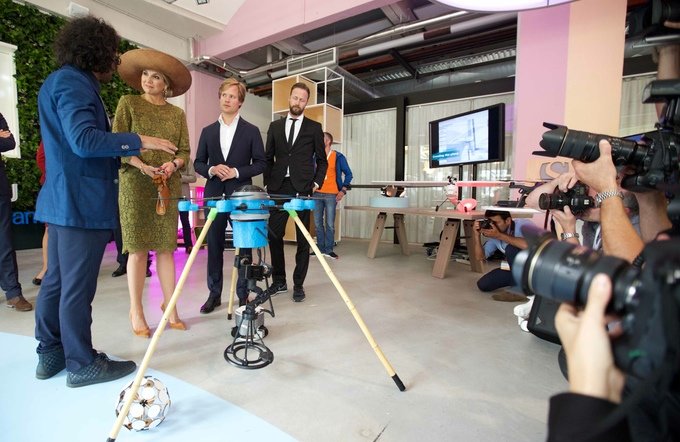 In their new home, the Netherlands, the brothers presented their drone to Queen Maxima.

Prototypes of the six-rotor drone already exist. A campaign on the crowdfunding platform Kickstarter is now expected to reach 70,000 euros. With this, the two Afghans want to optimize the drone, develop base stations, carry out practical tests in various land environments and train pilots. The counter currently stands at 14,000 euros. There are still 41 days until the end of the campaign.

Landmine clearance with the Kafon Drone mine takes place in three steps. First, the area currently to be searched is mapped by a camera on the drone and a three-dimensional virtual map is created. In the next step, the aircraft is equipped with a detector system. Then the drone flies over the previously mapped area at an altitude of just four centimeters. 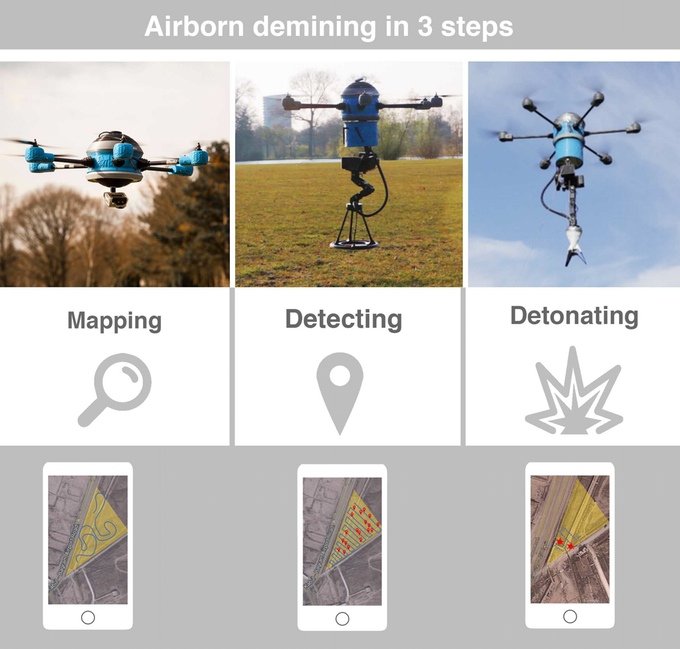 The landmines are removed in three steps. First, the terrain is mapped, then the mines in the ground are detected. In the third step, they are blown up in a controlled manner.

All detected mines or explosive devices are shown on the virtual map during this overflight. In the third step, a robotic arm is mounted on the drone. In the subsequent final overflight, the Kafon Drone mine drops a small explosive device at all marked points, which is then detonated in a controlled manner by a time fuse. This also detonates the landmine and is no longer a threat.

Engineers from Bochum have started a mine clearance project that is supposed to help track down the around 100,000 land mines in Colombia. The device uses radar, because the mines in Colombia were often assembled by the rebel troops from everyday plastic objects and cannot be detected with metal detectors.

Land mines are extremely insidious. Even decades after a military conflict, they offer the potential to kill completely innocent people or to brutally mutilate them. In many countries it is extremely dangerous to travel off the designated roads and paths. It is estimated that 79% of landmine victims are civilians, 18% are military and 3% of victims are professional deminers.