How does an online business grow faster

Sales for fashion & accessories grew by 11.3 percent compared to 2015 to 13.25 billion euros and were thus slightly above the plus of 10.8 percent in the entire consumer goods sector, according to figures from the 2017 online trade industry report by the Institute for Retail Research ( IFH) in Cologne.

These figures also underline the trend in the fashion sector of the consumer to the "omnishopper" who uses a variety of devices, channels and platforms to shop, such as the marketing company Criteo recently investigated. This November, the increasing importance of online trading became apparent again at Black Friday or that Singles Day. These shopping events bring retailers like Zalando and Alibaba new records every year - if not for sales, then at least for orders.

According to the IFH, online laundry sales grew by 7.9 percent, while groceries and delicatessen products saw the strongest increase of 22.5 percent. 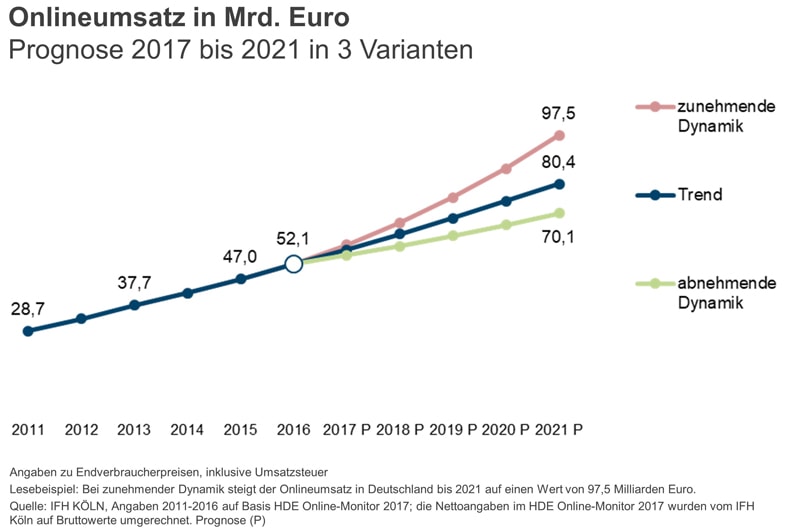 In 2016, German online retail exceeded the threshold of 50 billion euros for the first time, to which the fashion sector contributed over a quarter. The IFH also expects that online retail sales could increase by more than 60 percent to 80.4 billion euros by 2021 in the most likely scenario.