What is the function of the diaphragm? 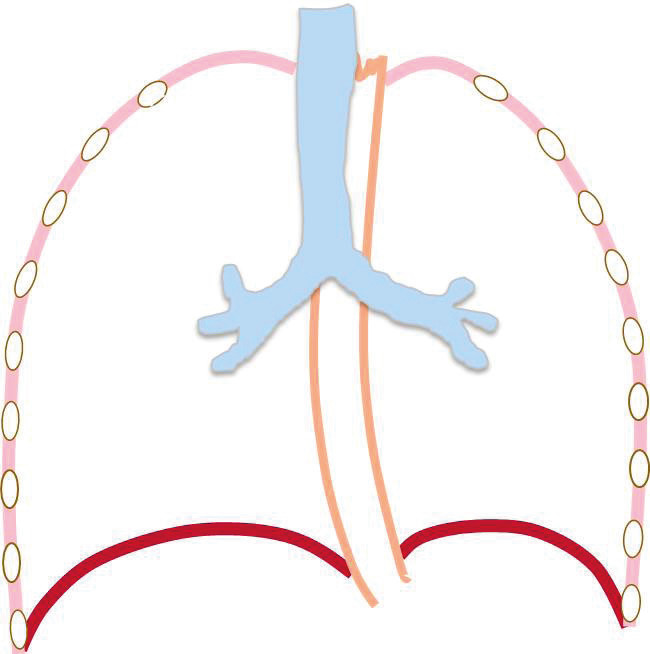 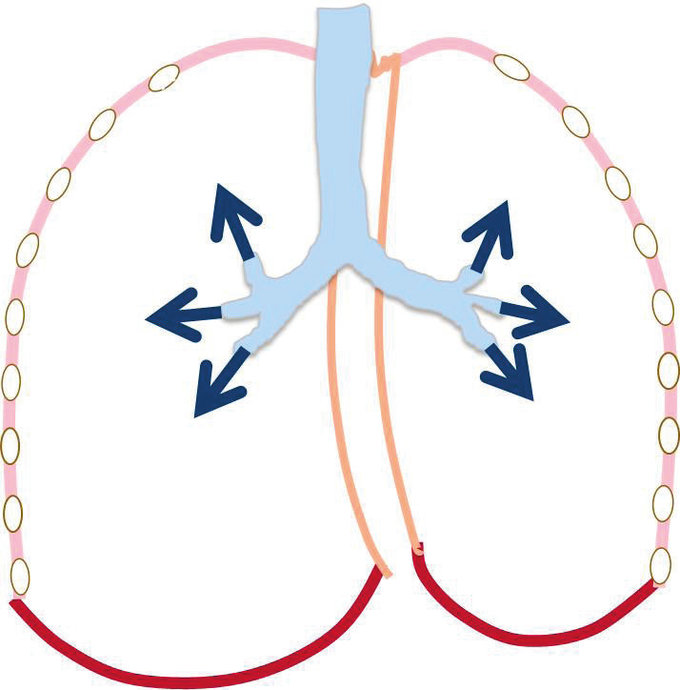 How does diaphragmatic paralysis come about?

What symptoms are typical of diaphragmatic paralysis?

With unilateral diaphragmatic paralysis, a so-called paradoxical diaphragm movement occurs, since the paralyzed diaphragm cannot contract and lower into the abdominal cavity when inhaling. Rather, the paralyzed diaphragm follows the negative pressure created by the other respiratory muscles in the chest and therefore rises further into the chest. As a result, the lungs on the affected side do not expand enough to be filled with air. When standing, gravity fixes the abdominal organs and thus also the paralyzed diaphragm, so that the paradoxical diaphragm movement is less pronounced. When gravity is removed, however, the paradoxical diaphragmatic movement is more pronounced. Typically, affected patients therefore usually report the occurrence of shortness of breath when stooping, lying down or swimming. Furthermore, patients often suffer from shortness of breath during physical exertion. These complaints occur in particular if there are additional diseases that impair breathing, such as COPD, heart failure, or being overweight. In otherwise healthy patients, on the other hand, the symptoms are often very discreet. Since the lungs on the affected side cannot fill up well with air when inhaling, patients with diaphragmatic palsy develop more frequent and repeated pneumonia than people with healthy diaphragms. 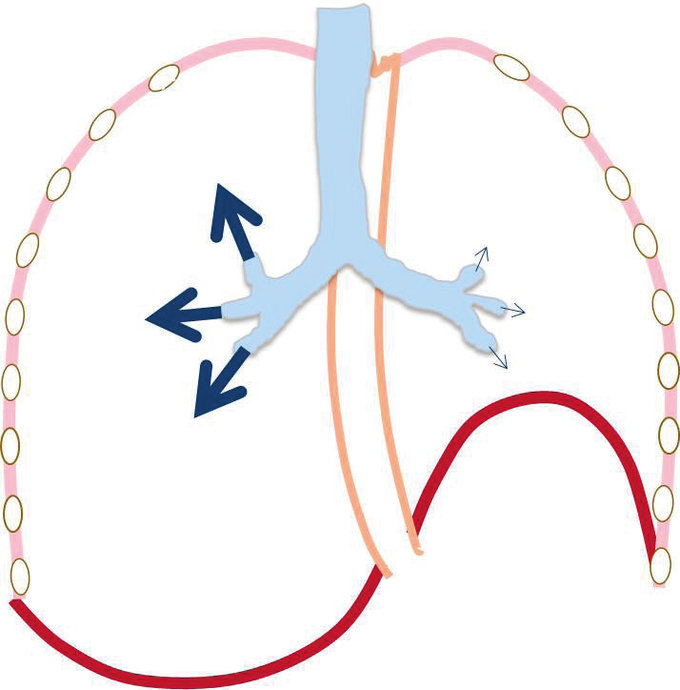 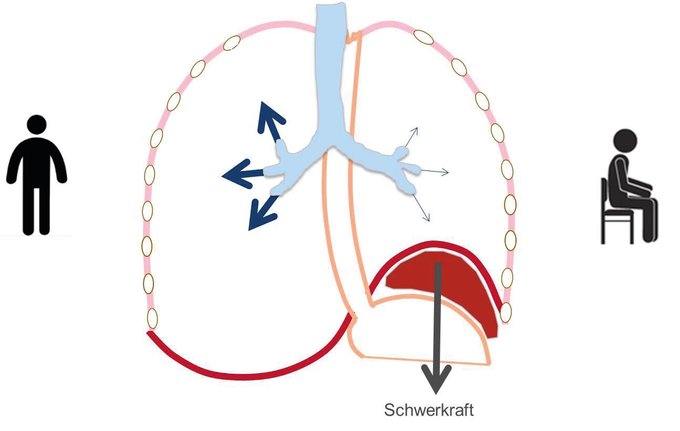 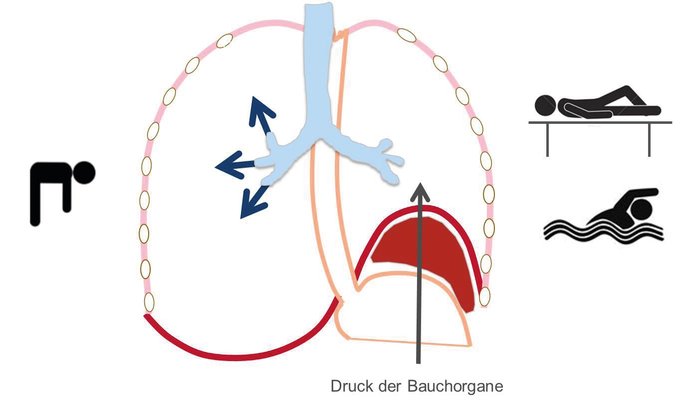 Fig.6: When gravity is lifted, the pressure of the abdominal organs supports the paradoxical diaphragmatic movement. This leads to increased shortness of breath, for example when lying down, when bending over or when swimming. 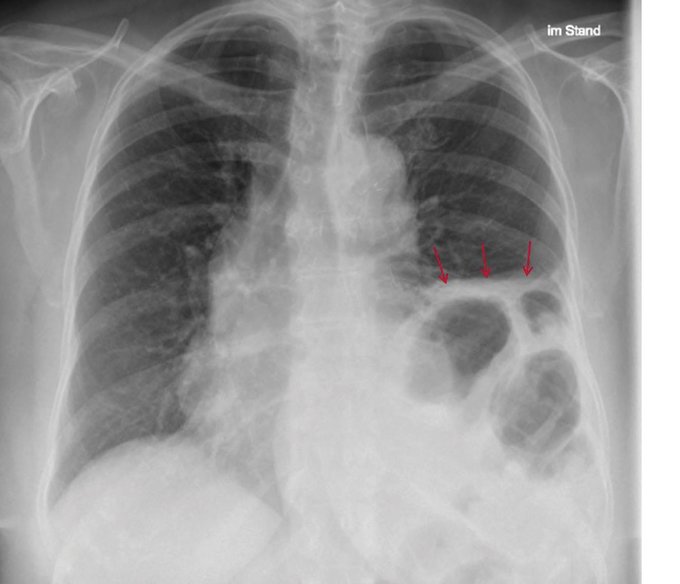 Fig.6b: When gravity is removed, the pressure of the abdominal organs supports the paradoxical movement of the diaphragm. This leads to increased shortness of breath, for example when lying down, when bending over or when swimming.

How is diaphragmatic paralysis proven?

In unilateral diaphragmatic paralysis, the affected diaphragm is higher than on the healthy side. This so-called elevated diaphragm can be demonstrated in a chest X-ray. For example, if a patient reports breathlessness since a heart operation, especially when lying down or when bending over, and if the X-ray shows an elevated diaphragm after the heart operation, which was demonstrably not present before the operation, then it can be assumed with great certainty that the operation has caused diaphragmatic paralysis become. Breathing measurements at rest (spirometry) help to quantify the extent of the impairment. In particular, it is looked at how much air volume the patient can inhale (inspiratory vital capacity), measured once while sitting and once lying down. Patients with unilateral diaphragmatic paralysis have a reduced vital capacity, which is significantly reduced when lying down.
Not every elevated diaphragm in the chest x-ray is caused by diaphragmatic paralysis. For example, reduced lung volume on one side can also lift the diaphragm. With an ultrasound examination of the diaphragm, in addition to assessing the movement of the diaphragm, the difference in diaphragm thickness during inhalation and exhalation can be determined and thus an existing function of the diaphragm (contraction of the muscle during inhalation with subsequent muscle thickening) can be proven or refuted. If the cause of the elevated diaphragm cannot be clearly clarified, we recommend that a computed tomography or magnetic resonance tomography (magnetic resonance tomography) be performed to rule out a pathological occurrence in the neck or chest. Technically demanding, neurological examinations (neurography, electromyography) are only required in rare cases. With these methods, the nerve damage can be confirmed and further characterized in case of doubt. 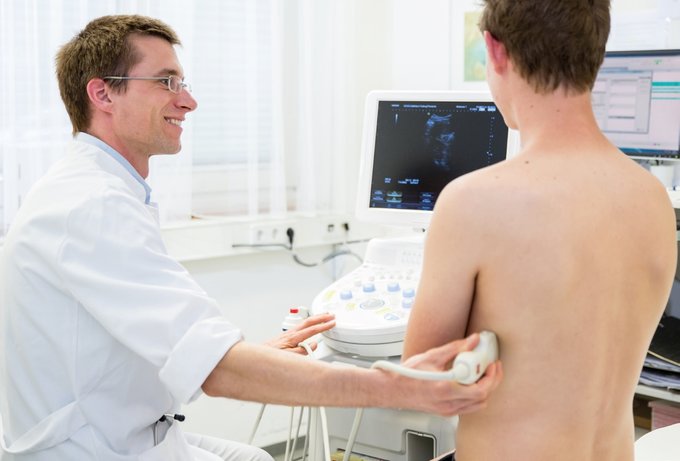 Visualization of the diaphragm by means of an ultrasound examination. 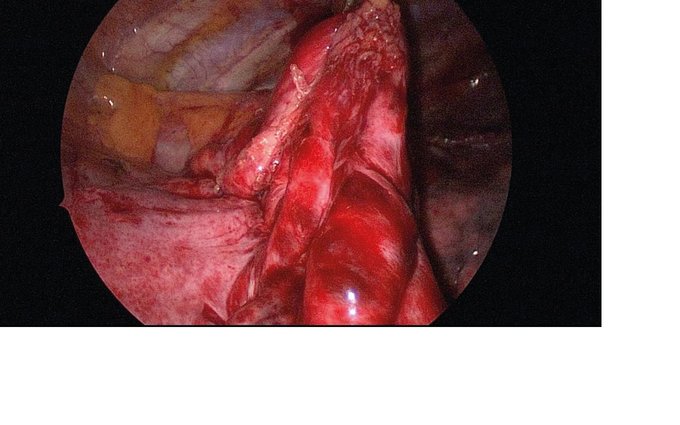 What treatment options are there for diaphragmatic palsy? 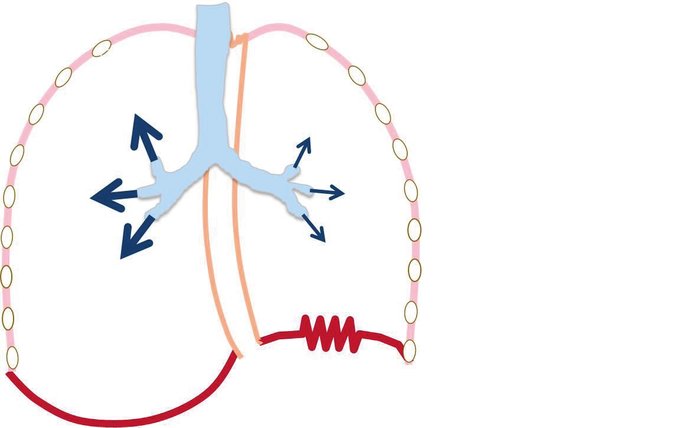 Fig.9 Diaphragm on inhalation after collapsing the left diaphragm. The paradoxical diaphragmatic movement is prevented by the diaphragmatic gathering. 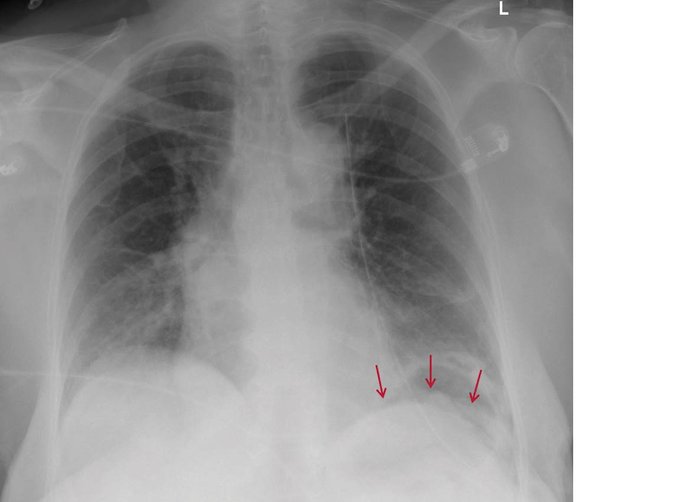 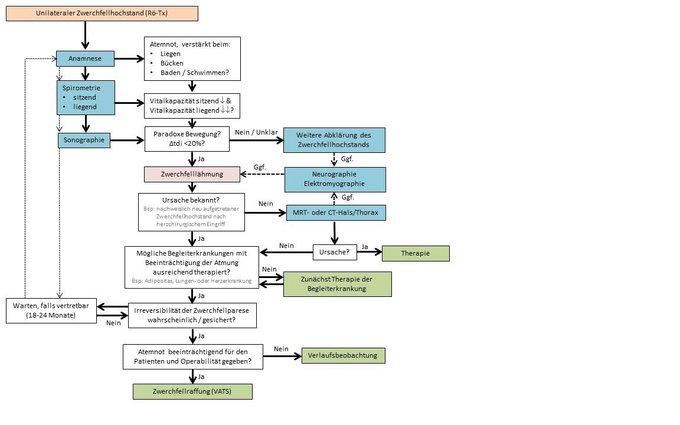 The procedure can be carried out in a minimally invasive manner. General anesthesia is required for the operation. Before diaphragmatic tightening, other diseases that also cause shortness of breath should be treated as best as possible. This includes, for example, weight reduction in overweight patients or drug treatment for COPD or heart failure. Since the diaphragmatic nerve can also recover depending on the extent of the nerve damage, we recommend waiting a few months before tightening the diaphragm. A spontaneous recovery of the diaphragm function is very unlikely after 2 years at the latest.

A narrowing of the diaphragm has been shown to lead to a significant and sustained improvement in lung function with a clear reduction in respiratory distress. This effect is still detectable even after years. 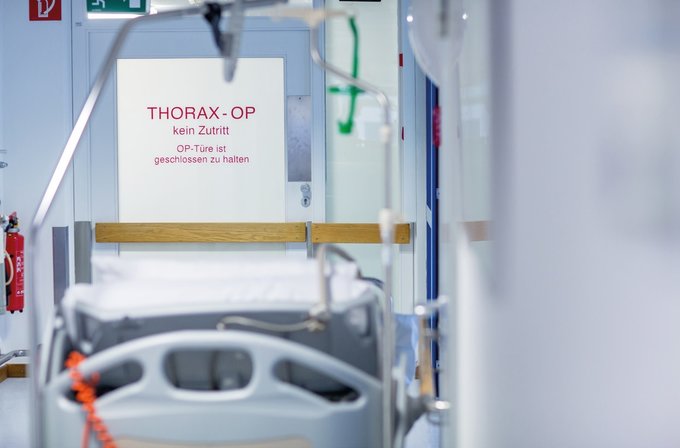 What are the risks of an operation (diaphragmatic collapse)?

Like any operation, diaphragmatic rupture carries the risk of complications. These include persistent pain, wound infection, pneumonia, bleeding, thrombosis, injury to surrounding organs (e.g. lungs, liver, spleen) or recurrence of the elevated diaphragm. Since the diaphragm can be performed minimally invasive, these are Complications rare and severe complications are a rarity. Before each operation, there is a detailed discussion about the implementation and risks of the operation and the anesthesia.

What happens after the operation?

In the case of a diaphragmatic lifting, an inpatient stay of about 1 week in the hospital must be expected. Immediately after the operation, the physiotherapy-supported early mobilization as well as the reduction and weaning of painkillers are in the foreground. The chest drain placed during the operation can usually be removed on the 1st or 2nd postoperative day. An X-ray check is usually carried out immediately after the operation and on the day after the chest drainage has been removed. Before discharge, a breathing measurement is carried out while sitting and lying down in order to measure the success of the treatment. The sutures can be pulled on the 10th postoperative day. After the wound has healed, the physical strain can be increased depending on the symptoms. We recommend avoiding heavy physical work with lifting heavy loads for a total of 4-6 weeks. The duration of the incapacity for work depends on the postoperative course and the type of activity (usually 2 to 3 weeks). One month and one year after the operation, we recommend an outpatient re-appointment in our thoracic surgery outpatient clinic or with a resident pulmonologist for follow-up monitoring with a chest x-ray and a new breath measurement.

Do you have anymore questions?

We will be happy to clarify any remaining questions with you during a visit to our thoracic surgery outpatient department. An appointment can usually be made at short notice.
Appointments on: 0761 270-24580