Which is better between Huawei and Xiaomi 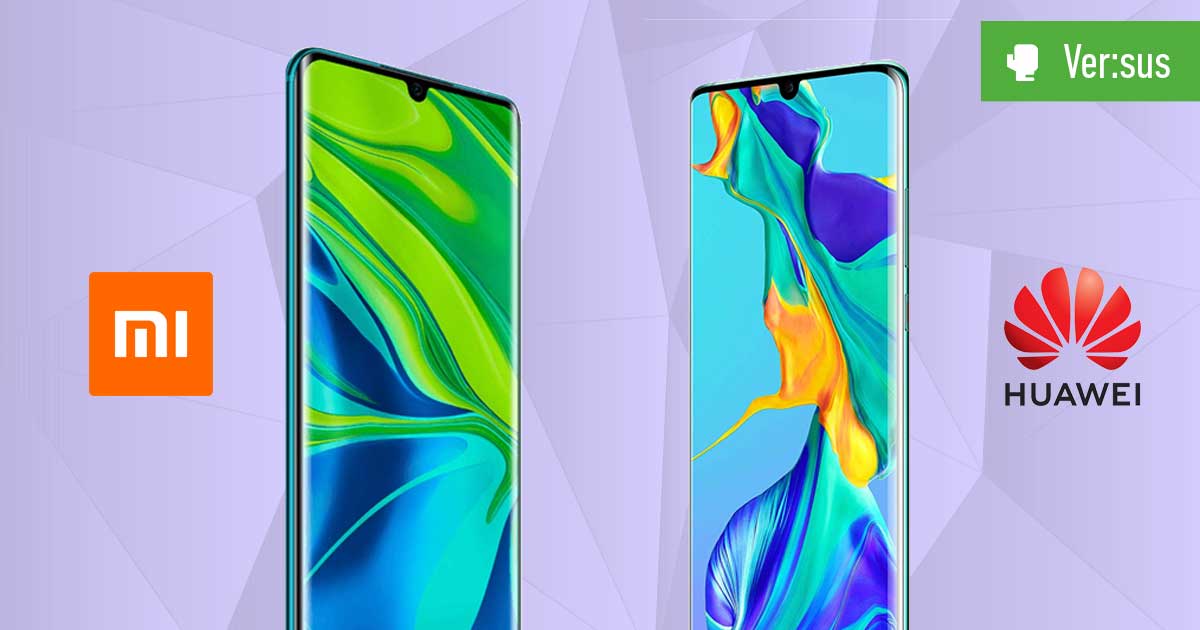 Xiaomi and Huawei are among the best cell phone manufacturers from the Far East. That's why we're showing you the Xiaomi Mi Note 10 Pro and the Huawei P30 Pro in comparison. Our test works out the differences and helps you with your purchase decision.

It wasn't long ago that Huawei was still a cheap alternative to premium manufacturers. In the meantime, however, the company is mentioned in the same breath as Samsung and Apple and has therefore also tailored its offer to the same clientele in terms of price. So it now also has to assert itself against upstarts like Xiaomi, who want to steal customers from the high-end competition with a good price-performance ratio. But where exactly are the differences? We show you the Xiaomi Mi Note 10 Pro and the Huawei P30 Pro in comparison.

When you hold the Xiaomi Mi Note 10 Pro and the Huawei P30 Pro in your hands for the first time, you will find it difficult to tell the phones apart. Because both are equipped with the same screen. It measures 6.47 inches, arches over the edges on the sides and is interrupted at the top by a small water drop notch for the front camera.

There are also no noteworthy differences in technical terms. The Xiaomi Mi Note 10 Pro uses AMOLED technology, while the Huawei P30 Pro uses an OLED display. Both have a resolution of 2,340 x 1,080 pixels and have a pixel density of 398 ppi.

In terms of performance, things look a little different. Huawei has clearly installed the better equipment here. The Huawei P30 Pro has a Kirin 980 processor, which was manufactured using the 7 nm process and clocks at a maximum of 2.6 GHz. The smartphone is equipped with 8 GB of RAM for this purpose. The chip is capable of maximum performance, which is also reflected in the Antutu benchmark comparison, where the Huawei P30 Pro ranks 17th among the most powerful Android phones with around 396,000 points.

The Xiaomi Mi Note 10 Pro, on the other hand, relies on the Snapdragon 730G manufactured in the 8 nm process, which clocks at a maximum of 2.2 GHz and uses up to 8 GB of RAM. This gives the smartphone a solid performance, which the Antutu benchmark comparison confirms with around 265,000 points.

Battery and storage: The new orders of magnitude

In terms of battery capacity, Huawei and Xiaomi are currently setting new standards. The Mi Note 10 Pro is equipped with a gigantic 5,260 mAh battery that guarantees an average of two to three days of running time. The Fast Charge technology ensures that the smartphone is always charged in the shortest possible time. The Huawei P30 Pro uses a 4,200 mAh battery that usually lasts for one to two days at a time. In addition to Fast Charge technology, the Huawei smartphone can also handle wireless charging and reverse wireless charging, which it can even use to charge other cell phones wirelessly.

When it comes to storage, smartphones are much more down to earth. The Xiaomi Mi Note 10 Pro has 256 GB available internally. They have to be enough, because there is no space for a memory card. The Huawei P30 Pro is available as a 128 GB and a 256 GB variant. The device offers space for a nano memory card, which can be a maximum of 256 GB.

With the Xiaomi Mi Note 10 Pro and the Huawei P30 Pro, two fundamentally very different smartphones face each other. The display is identical in both and leaves nothing to be desired. In terms of performance, the Huawei P30 Pro has a clear lead, while the Mi Note 10 Pro is satisfied with a good average. The cameras are similarly good despite their different setups. Both deliver top photos and a whole range of modes and setting options. In terms of endurance, Xiaomi surpasses Huawei. In the case of storage, it's the other way around. The price remains: the Xiaomi Mi Note 10 Pro is available for around 540 euros. The Huawei P30 Pro is almost twice as expensive at around 1,000 euros. If performance is not that important to you, the Xiaomi mobile phone is the more sensible choice.