How can we bend the time

BR docu "When. An attempt over time"

What is time One dimension? An illusion? The documentary "When" revolves around the great mystery of humanity from various perspectives and asks questions about physics, art, sociology and brain research. 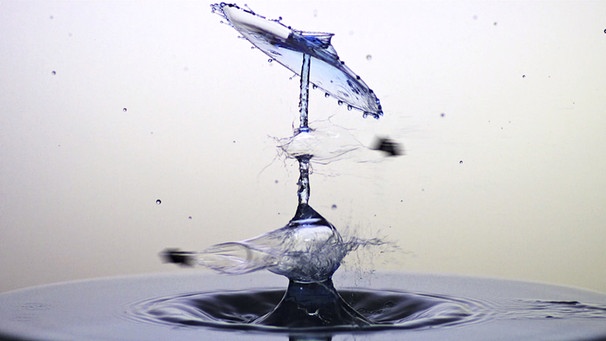 Time is a phenomenon that the longer you look at it, the more complicated it becomes. Let's start with something simple: First of all, there are three tenses. Past, present and future. But it is already getting difficult. How long is the present actually? Professor Ernst Pöppel has been researching the feeling or consciousness that we call the present for decades: "There is such a thing as the subjective present, which was indeed described in the best book on time and temporality, namely by Augustine , [in the year] 397, in the "Confessiones". Then he says, there is really only the present, the present, the subjective present, and we can call this a moment that lasts about 2-3 seconds, according to our measurements.

So that is the tact in us. 2 to 3 seconds. Every 2 to three seconds, information that arrives in the brain is re-bundled and saved. This tact, says Pöppel, can be seen everywhere, e.g. B .. For example when touched. Shaking hands, for example: 2-3 seconds are perceived as normal. Or at a glance: we look at a stranger for 2-3 seconds, longer would be intrusive.

What about the past and the future? How do we notice that time is passing? Answer: We always experience time as a sequence. If everything stayed the same, stood still, there would be no time either. Time is change. The pendulum of a clock imitates this. Time runs in one direction. The future becomes the present and then the past. Except in art - there are different rules. Humans can play with the times. Travel in time, stop time, speed it up, bring it back. Marcel Proust wrote volumes about how to visualize the past. Or in music: when time stops, the melody stops too. This is how Beethoven does it, for example, in his 7th symphony. Joana Mallwitz, conductor and general music director at the Staatstheater Nürnberg: "This transition section and this topic are perhaps as long. Why does one part feel like waiting all the time - and the other part like arriving. This tension is almost palpable Time that is turned is also what is so magical about conducting, because as a conductor you have to shape these transitions. You have to guide these energies and bend time in such a way that the listener feels tossed back and forth between all these points of tension. "

Problems of physics over time

Art bends time and plays with our feelings. Is there also an objective time? Quite exactly. 1 second is exactly 9,192,631,770 oscillations of a cesium atom long. Harald Lesch, astrophysicist at LMU, complains that it is difficult for natural science: "We physicists, we hate time. Because it just doesn't fit into our equations. In our experiments, you can always set the time back to zero. With every experiment. But while time can run forwards and backwards in the equations, we are getting older and older. Something is wrong, as if there are different forms of time. "

Timekeeping is relative. Einstein explained it like this: If I were moving through space at the speed of light, the seconds on my watch would be stretched so much that no time would pass. None of this can really be experienced. Harald Lesch: "My thesis would be that we are primarily interested in the subject of time because we know that we have to die. That means, we know that it won't be forever. We have to, we don't have to hurry now, You can't cope with everything anyway. But the meaning of our actions, our words have to do with the fact that we cannot go back in time and that our time is not arbitrarily long. "

Maybe that's why people are so restless and try to condense their lives. More life in the short time that remains. Hartmut Rosa, sociologist at the University of Jena, has written a book about this phenomenon of today's acceleration of life: "We really act faster. We use the microwave instead of the stove, then it's faster. Or we eat fast food instead of slow food So to speak. Cooking is then outsourced to the weekend as a special activity. Everything else has to happen quickly. But we also do everything else, everything else has to happen quickly powernap. Small afternoon nap, but not longer than 20 minutes or quality time with children: that you don't have to waste so much time on the children, but that you then improve the quality of them. "

“If you're in a hurry, take a detour,” says a Japanese proverb and means: We always have the most time when we forget time, and ourselves in it. The more forgotten we are, the more we concentrate on one particular thing, the more time suddenly there is. Because there is a great opponent of time: timelessness, or in other words: the little eternity that is difficult to find, and if at all: only in the here and now.

"When. An attempt over time"