An overview of important operating systems 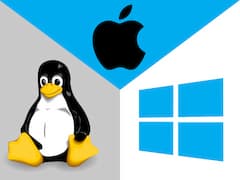 What is an operating system?

Clockwise: The logos of the macOS, Windows and Linux operating systems
Logos: Provider, Image: teltarif.de The word operating system is made up of the two words "operate" and "system". As a result, the question of why an operating system is needed is almost clear: so that the components of a computer - consisting of software and hardware - can meaningfully correspond with one another, software is needed that coordinates all processes. In short, the operating system helps you operate your electronic device the way you want.

The most common operating systems for desktop use:

Windows 10 logo
The first version of Microsoft Windows appeared two years after the first advance notice on November 20, 1985. With this introduction, the mouse was added as an input device, after PCs had previously been largely controlled via DOS commands on the command line. The Redmond-based company celebrated its first major Windows successes with versions 3 and 3.1. The layout with windows at that time has only changed optically (in terms of the basic principle only a little), so that today's Windows versions also have the typical design.

Windows has now reached version 10. In addition to laptops and desktop computers, this can also run on tablets, smartphones, embedded systems, Raspberry Pi 2 to 4 and the Xbox One console and Hololens mixed reality glasses. However, Windows 10 Mobile has not caught on. According to its own statements, Windows 10 should be the last version according to the classic versioning pattern. In the future, the operating system will be provided with new functions in addition to the usual updates.

Despite the steady loss of market share, Windows is still the top dog among desktop operating systems. So far, no data protection scandals or the countless hacker attacks and security gaps have been able to change anything.

Google Chrome OS logo
Google Chrome OS - not to be confused with the open source Linux operating system Chromium OS - was originally developed specifically for web applications on Chromebooks, but can now also be used completely offline. A special feature is that Android apps can also be run on the computer, and Linux applications via a virtual machine. Technically, Chrome OS is based on the Chromium OS mentioned above, also developed by Google. 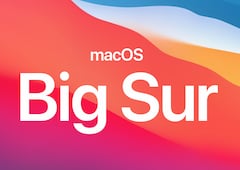 macOS "Big Sur"
macOS - in between (Mac) OS X - is the operating system developed by the Californian company Apple that is preinstalled on every Mac. It is designed to get the most out of Mac hardware. The first version was published in 1984, the X in Mac OS X standing for the Roman number 10.

Technically, the operating system is based on Darwin, a free operating system developed by Apple. macOS, on the other hand, is a proprietary operating system, but uses the Darwin hybrid kernel XNU, which is published as free software under version 2 of the Apple Public Source License (APSL). The development of Darwin and macOS go back to the NeXT company founded by Steve Jobs, where the Unix-based NeXTSTEP operating system - a derivative of the Berkeley Software Distribution (BSD) - found its beginnings and became the basis for the new generation of Apple operating systems.

Linux mascot Tux
Linux is a free and open source operating system that has been developed since 1983 and is based on the Linux kernel. The system can therefore be adapted to their personal needs by anyone in compliance with certain licensing requirements. Accordingly, there are various Linux distributions that serve different requirements. The most popular among them are Ubuntu and Linux Mint. There are also many other popular distributions such as Debian, openSUSE, Fedora, Arch Linux, freeBSD and openWRT. Linux operating systems are ideal for live systems for data recovery or system repair.

The most common mobile operating systems:

Many employees, self-employed and freelancers nowadays also want to work on the go and in the home office - we give tips on mobile work with laptops, smartphones and tablets.