How do women who come from abroad feel about German men? They are okay, but they correspond to the cliché - at least that's what the two women Simone Schmollack asked. 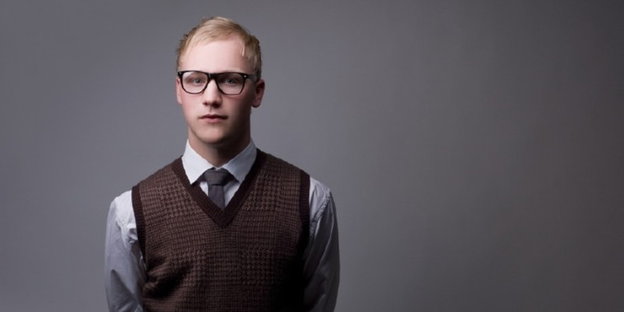 Doesn't work to have a good time with his money, but for his retirement: the German man. Image: maria vaorin / photocase

German men have one thing ahead of Polish men: They are not mothers' boys. When I came to Germany to study, I moved in with two Polish boys. Once I came home from university, unlocked the apartment door, and thought I had landed on the wrong floor. Then a complete stranger was scrubbing the floor. But I wasn't wrong, it was just the mother of one. He had complained on the phone that it was his turn with the cleaning service. His mother promptly drove up. And the two boys were sitting at the computer in the other room.

A German man would probably never do anything like that. At least I don't know anyone who is in that mood. Many German men are very careful when it comes to gender roles. This is where the women's movement and feminism show their effects. Most German men have understood that they can only get ahead with women and otherwise if they are in partnership. Unfortunately, this also means that they often no longer notice when a woman needs their help.

Once on the train I tried to heave my heavy backpack into the luggage rack. Three German men stood next to me and watched me struggle. Nobody tackled it. A Polish man tore the backpack out of my hands and asked what else he could do for me. That sounds very clichéd and not all men are created equal - neither the Polish nor the German.

Incidentally, a Polish man would already feel like a gentleman if he carried his wife's handbag. And that's embarrassing at first!

MALGORZATA LEWANDOWSKA, 37, translator, comes from Poland and has lived in Germany since 1992.

The German man is calm, rational, reasonable and reliable. He helps with the house and looks after the children.

The German man is wearing shirts and his hair is combed back. But he does not stage himself outwardly, but rather through his being: he shows his reason and wants to win someone over with his knowledge. He would like to be tolerant and progressive, but he doesn't really succeed. He can't stand it when his wife earns more than he does and when she is above him on the career ladder. But the German man doesn't say that out loud, otherwise he would be considered a Chauvi.

I've had a German friend for four years. I can't do anything with Greek men. They are quick-tempered and loud and always want to be right. In discussions with them, you really just yell at each other.

A Greek man would never push a stroller. Every day in Germany you see fathers with their daughters and sons everywhere. German men are wimps in the eyes of Greeks.

But when is a man really masculine? A Greek would say: If I don't let myself be told, especially nothing from a woman. Many Greek men live in the Mama Hotel until they get married. For me a man is masculine when he has visions and takes his life into his own hands. It seems to me that the German man suppresses strong feelings, for example anger. But not because he finds it unpleasant himself, but because it bothers others. Many German men are constantly thinking about what other people think of them. Perhaps a little more cockiness would do the German man good. // DALILA REUBEN-SHEMIA, Student, 21, comes from Greece and has lived in Germany since 2004.