Associate professor at the Hedonist Institute for Applied Populism Research on Stammtisch slogans and the easy game of ending up in the media with hair-raising stories. 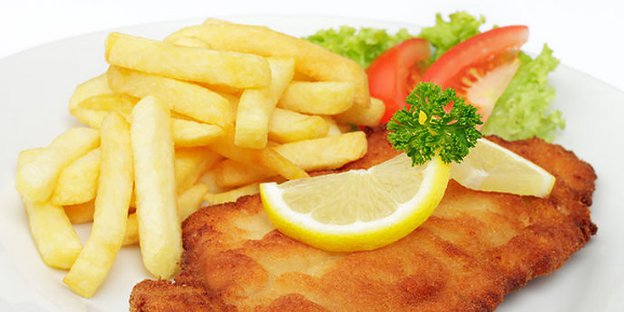 Absurd slogans like: "Who sleeps in a democracy, wakes up in a dictatorship" - poster for the university election campaign. Image: meat list

taz: Mr. Gibs, you want to clear up a hoax, i.e. a false report placed in the media. What did you do?

Jesko Gibs: We have dealt with discourses that are in vogue in the Federal Republic of Germany and keep boiling up. Examples would be the debates triggered by Thilo Sarrazin and Matthias Matussek, which are very similar in form.

Both articulate their common sense, which they believe to be their attacks against feminism, homosexuality, unemployed or immigration, and claim at the same time that such statements are supposedly unspeakable due to politically correct censorship. Although the silent majority of the “normal” actually think the same way.

As a result, this flat rendition of regulars' table slogans presents itself as a courageous act of breaking taboos. We thought that was ridiculous and so we thought, if it's so easy to be successful with a scam like this, we'll try it too.

We try the same absurd reasoning schemes and show how easy it is to get a hearing for nonsense in the media.

As a meat list, you slipped into the role of the great meat advocate and took part in the election of the student parliament at Hamburg University.

24, is the name of the lecturer at the Hedonist Institute for Applied Populism Research in Hamburg.

Exactly, as people who see their freedom restricted by these alleged plans of a minority to want to introduce a Veggie Day at the University of Hamburg. Nobody, especially not the Studierendenwerk, has declared this to be their project.

With absurd slogans such as: "Who sleeps in a democracy, wakes up in a dictatorship", we tried to make something as banal as Veggie Day a sociopolitical issue. Following the example: Those up there do what they want, at the expense of the majority. The topic is totally banal, but it worked great if you look at the reporting, comments and letters.

How did that happen?

We set up a Facebook page and asked different people to like us, so it looked like something was really going on. And then we sent out a press release. Two hours later the Hamburger Morgenpost (Mopo) and wanted to do an article about it. The goal from the beginning was to get into the media, to create real events by inventing false facts. A bit to test Foucault’s saying that the discourse creates what it names.

Were you surprised that it all worked out so easily?

Actually, I expected it, but above all this audacity with the concrete Mopo acted surprised me. For example, we built obvious contradictions into our interview and addressed each other by changing first names. It all didn't fit together. In the end, Mopo picked out what best suited its story. My feeling is that the more absurd it is, the easier it is to be ennobled with a headline.

Your group is called the "Hedonist Institute for Applied Populism Research". Now you have a place in the student parliament with the meat list ...

The name meat list alone is so absurd that you can't really take it seriously. We didn't expect to get a few hundred votes in the election. That also throws a spotlight on political culture. In Europe there is a rise of right-wing populist parties. We have used the same tools that populists usually use. It's actually scary how little effort you can have with it.

Originally our action was only directed against them Mopothat has recently established an unbearable campaign journalism.

You mean the reporting on the disputes over the red flora and the danger areas?

Yes. What I find even more frightening, however, was the reporting last year about the so-called mass riots in Altona, where young people were unconstitutionally controlled by police officers - only because they fit into the perpetrator profile as migrants. That has Mopo repackaged to banlieue-like conditions, where the police now have to take action. But then we quickly noticed that it is just as easy at Spiegel as an obscure association to be offered a platform.

Is that a triumph for you or does it sober you?

Of course, seeing how far journalism has strayed from original ideals is no reason to triumph. But that's exactly what we wanted to achieve, to get into the media with an outrageous story and absurd false claims. Of course, it's also a game that is fun when you meet a journalist, take on a role and test how far you can go without getting caught. We have now canceled a shooting appointment with RTL because it would be too uncomfortable for us with the television camera.

Do you see your approach as an artistic one?

In a way, however, I am not attached to the term. But it's a kind of invisible theater that you put on a performance - without a curtain. A pure spectacle. Ultimately, almost every relevant discourse in Germany is a play in which roles are taken. Matthias Matussek, for example, takes on the role of the taboo-breaking enfants terrible. Although he is actually just a graying man who no longer understands the world, which is cheekily turning, despite his own mental stasis.

Did you spontaneously improvise on this action or did you prepare your approach in advance?

Actually, there is shockingly little work involved. Before the interview with the Mopo we went over what we were saying for half an hour. We left that behind in the interviews that followed, but rather improvised - and we made fun of the fact that we outbid each other with our absurd stories. Compared to the Uni mirror We also articulated that we are being massively attacked in order to serve the well-known figure that one would be threatened and marginalized if one made politically incorrect statements. Which is nonsense, such positions are almost mainstream - unfortunately.

And that wasn't further questioned?

The journalist wanted some of these emails. We then just wrote some ourselves, inspired by the violent fantasies that you can find in the comment column of Welt Online. We then sent that to her. We even made an effort to put the same misspelling and style in each of these emails so that it could have been noticed.

That smells like communications guerrilla. How did you come up with the idea of ​​using these resources?

Our group comes from the waters of the hedonistic international and deals with theories of the communication guerrilla. So with how one uses the signs of the discourse to turn them against the discourse itself. There is this beautiful quote from Roland Barthes that the most effective way to sabotage the myth is to simply modify it. To take over the ciphers and thereby disfigure it to show how hollow the whole thing actually is.

What is the goal?

It would be nice if people who thought the meat list was good would be shocked about the total nonsense they fell for. And then maybe think about how unreflective they generally form their opinion. This is of course very ideal now, because the people who do this in the Mopo have read and perhaps felt addressed by it, probably will not notice the resolution.

Doesn't that make you doubt whether the strategy will work?

I believe it is imperative that a great many people begin to deliberately mislead the media in order to create total confusion. That many people, when reading articles, have the thought in the back of their minds that a communication guerrilla might have been at work here again.

As with the Pofalla story in the Postillon, when the satire portal presented itself as the originator of the report that the CDU politician is moving to the railroad board.

This is actually a pretty good example. I also believe because counter-arguments cannot do much if the whole discourse is based solely on ludicrous projections. You have to completely distort these structural elements that relevant people use in the media. And, by taking it to the point of absurdity, show that the content is completely irrational.