How did local Hawaiians get to Hawaii?

SWR - Games of the World

Settlement of Hawaii began between the 5th and 7th centuries AD. Polynesians from the Marquesas Islands, 4,000 kilometers southeast of Hawaii, sailed in double canoes and settled on the islands. Polynesians immigrated from Tahiti around the 12th century. They subjugated the islanders and established a feudal social system over the next few centuries, ruled by chiefs, priests and ministers. The inhabitants of Hawaii were fishermen and farmers, there was no private property, any more than the concept of the individual. They worked in groups and the wages were shared.

With the arrival of the Europeans, the lives of the Hawaiians changed: in 1778, Captain James Cook landed on Kauai with two ships. 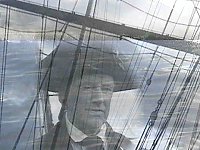 [Enlarged image] He named his discovery the "Sandwich Islands" - after his superior, the Earl of Sandwich. In 1779 Cook sailed again for Hawaii, where two weeks later there were disputes between the seafarers and the islanders, who had previously traded peacefully with one another. Captain Cook was murdered by a local.

After its discovery by the Europeans, Hawaii became an important stopover for many merchant ships. The foreign seafarers brought diseases to Hawaii, from which countless islanders died.

In 1795, Chief Kamehameha I conquered the other islands and founded the first kingdom of Hawaii. After his death in 1819, his favorite wife and son continued to rule. They increased the king's power and abolished traditional religion. In doing so, they inadvertently paved the way for the Christian missionaries who came to Hawaii in 1820. The missionaries first recorded the Hawaiian language in writing and taught the islanders to read and write. They also made sure that polygamy, hula dances, the hitherto taken for granted nudity and much more was banned. The attempt to prohibit surfing also fell during this time. 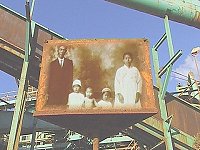 1824 was under King Kamehameha III. instituted constitutional monarchy. Hawaii was given a democratic constitution in 1840 and men were given the right to vote. Land reform began in 1848, when all land was divided up and sold. Since real estate was completely alien to Hawaiians, few took up the opportunity to buy it. 80 percent of the land was bought up by foreigners, who settled on the islands in increasing numbers over the next few years. There were also workers brought in from China, Japan, the Philippines and many other countries. The Hawaiian monarchy lasted until 1893. Queen Liliuokalani, who opposed strong economic and political influence abroad, was overthrown by pro-American forces. In 1894 the Republic of Hawaii was proclaimed, and in 1898 the United States annexed the islands, which now also became the most important military base in the Pacific region. In 1941, Japanese planes attacked Pearl Harbor and destroyed most of the Pacific Fleet. Hawaii was then placed under martial law. After World War II, there were several attempts to make Hawaii a US state. That did not happen until August 21, 1959, when both the Hawaiian population and the United States Congress approved the incorporation.

In the 90s a Hawaiian independence movement formed in the 50th state of the USA. In 1993, then US President Bill Clinton formally apologized to the Hawaiians for the coup against the monarchy in 1893. In 1996, a referendum was held in Hawaii: around 30,000 indigenous people took part; In 1996, 75 percent of them voted for independence from the United States. The independence movement demands the restoration of the legitimate Hawaiian government and has since elected a transitional government to remain in office until elections can take place in a sovereign state of Hawaii.