How do the protests in Hong Kong end?

Several hundred riot police cordoned off the parliament building. They used batons and pepper spray against the demonstrators, some of whom were masked and belong to student groups campaigning for the independence of the Chinese Special Administrative Region. Protesters threw bottles at the officers and used metal grids against the security forces. Some demonstrators and police officers were injured. Bent metal barriers testified to the violence. The police called special forces who broke up the protest after about half an hour.

Previously, the demonstrators had peacefully demonstrated for almost seven hours against the planned extradition law. The loud, colorful and densely packed crowd stretched for miles in the streets of the Chinese Special Administrative Region.

The organizers estimate the number of demonstrators at more than a million people. It was a larger crowd than the mass protest on July 1, 2003, which overturned a controversial national security law. The police, on the other hand, with 2,000 officers on site, said that at the height of the demonstration, 240,000 people had been counted. 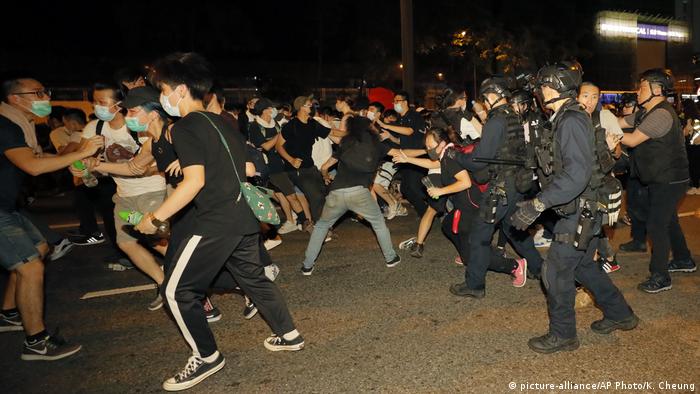 First peaceful, then violent: the protests in Hong Kong escalated

The controversial draft law is intended to make extraditions to any legal system possible in the future without the need for a corresponding agreement with the respective country. Despite the mass protests, the government is sticking to the planned law that will allow extraditions to mainland China. The head of the Chinese Special Administrative Region, Carrie Lam, described the text of the law as "very important" for safeguarding the law. He also ensures that Hong Kong fulfills its international obligations in the fight against cross-border crime.

A debate on the law is planned for Wednesday in the Legislative Council, the Hong Kong Parliament, so to speak. It could come into force at the end of June.

The protests are still putting Hong Kong's Prime Minister Lam under pressure. There were calls for her resignation. The banners said, among other things, "Deliver yourself". 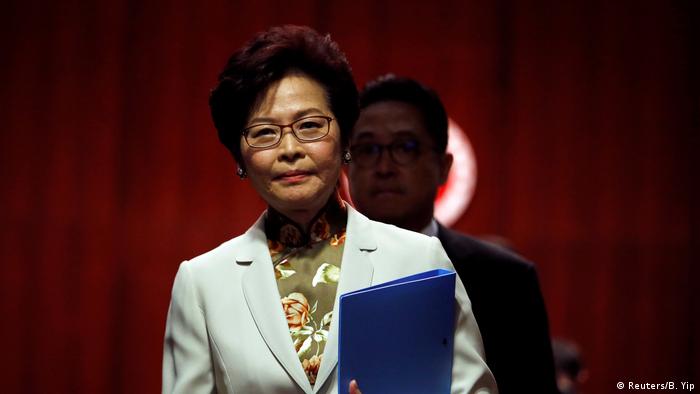 Critics fear that China's judiciary could apply for the extradition of suspects from the former British crown colony of Hong Kong without adequately protecting their rights. It is criticized that the judicial system in China is neither independent nor meets international standards and also persecutes politically dissenters. "If the bill becomes law, we can no longer guarantee the safety of anyone who lives, works or even travels in Hong Kong," said lawyer and pro-democracy activist Martin Lee.

Foreign governments have also expressed concern, warning that Hong Kong's position as an international financial hub could be jeopardized. They justified the fear with the possibility that foreigners wanted in China could be detained and extradited in Hong Kong.

In the past few months there had been repeated protests against the proposed law. Around 3,000 lawyers dressed in black demonstrated against it on Thursday. The lawyers had marched silently from the court of appeal to the seat of government, where they held three minutes of silence. 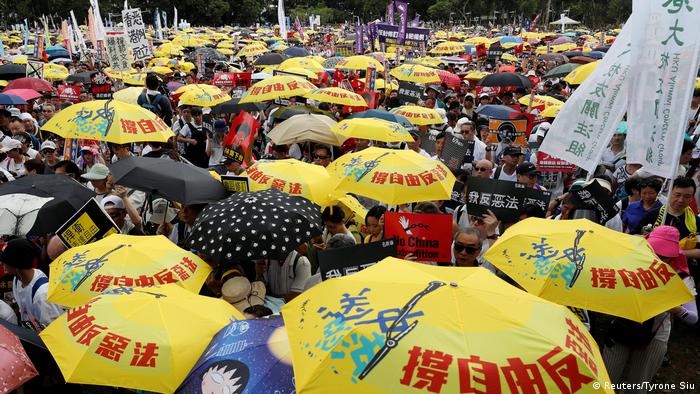 Protest with umbrellas: the symbol of the "Occupy Central" movement

The UK officially returned Hong Kong to China in 1997. Since then it has been governed autonomously as a separate territory according to the principle of "one country, two systems". The seven million inhabitants of the Chinese Special Administrative Region enjoy greater political freedoms than the people of the Communist People's Republic, including the right to freedom of expression, freedom of the press and freedom of assembly.