Why do most educated people become communists

"'Capital' was based on a mistake in reasoning"

DW: Mr. Ziesemer, in 2012 the FAZ published a series of books to bring the great economists closer to the average consumer. As a market liberal, you, of all people, took over the role for Karl Marx. How did that happen?

Ziesemer: There are two reasons. In my youth I wasn't a market liberal, but a communist, and at that time I read Karl Marx through the ideological glasses of a leftist. I actually developed into a liberal and conservative and always wanted to revisit the books I had read in my youth. And then I did that too. At that time I told the FAZ: I am probably one of the few people in Germany who have read Karl Marx's major works twice.

In China I learned in the political economy school subject that the worker sells his labor to the capitalist and gets a wage for it. The difference between the value he has created and the wages is surplus value. The capitalist tries to keep wages as low as possible in order to maximize surplus value. This exploitation eventually becomes so unbearable that the workers rebel and overthrow capitalism. Is that a rough summary of the "capital"? 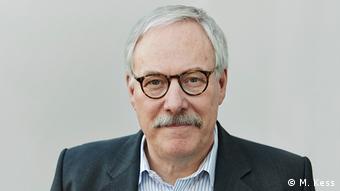 A market liberal as a Marx connoisseur: Bernd Ziesemer

Yes, you could say that, even though "Das Kapital" is an incredibly widely ramified work. But the main thesis of "Capital" is, in fact, that the workers are being exploited, that there is no way out either, only revolution. When Karl Marx wrote "Das Kapital", he had two goals: He wanted to refute classical economics in one key point and he wanted to create a theoretical basis for the overthrow of capitalism for the labor movement.

Indeed, Marx had waited all his life for the collapse of capitalism. And he prophesied the victory of communism. Neither has happened. What was his mistake?

I think his whole theory is based on a mistake in reasoning. He saw work as the only source of value and overlooked the fact that capitalism does not work through the exploitation of workers, but through continuous technical progress. He underestimated the other sources of wealth, namely innovation, entrepreneurship and technological advancement, at the core of his theory. Interestingly, there are passages in "Capital" or in the "Communist Manifesto" where he talks about the worldwide triumph of capitalism that will lead to the disappearance of all traditional and feudal remnants. I have therefore dared to propose that we can understand Karl Marx as the first real theorist of globalization.

Would Karl Marx have become a better economist if he hadn't also seen himself as a practicing revolutionary?

He has practically led three lives. The most important of these three lives for him was the life of a revolutionary. He was secondly an economist and thirdly a philosopher. While working on "Capital", which had dragged on for over ten years, at some point he realized that he had gotten wrong, that he hadn't got the big hit. It should not be forgotten that "Das Kapital" was designed for three volumes, but only the first volume appeared during his lifetime. Friedrich Engels managed the second volume to some extent due to the preparatory work, the third is actually just a hodgepodge of not fully formulated thoughts. In this respect there is in truth no complete, economic work by Karl Marx.

Is it true that he didn't even have the money for the postage when he wanted to send the first part of the "capital" to the publisher? 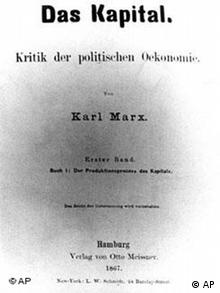 Karl Marx wrote the book amid poverty and displeasure

Correct. He often wrote in letters to Engels: The butcher is at the door and wants his bill paid, and we don't have a single shilling left in the house. And if you don't send me money right away, then I'll have to go to the debt tower. Even when he wrote "Das Kapital" he had very little money available. His economic situation changed only later, when Engels could inherit his family and Marx practically suspended some kind of pension. In the last years of his life, Marx could count on a relatively secure income, but in between there were phases of bitter poverty.

He certainly could not have suspected that 150 years after the publication of his "capital" he would still be venerated in a distant country. His portrait is still hanging in Tiananmen Square in Beijing. How do you assess its role in China?

I believe that a large part of Chinese Marxism developed without a thorough knowledge of the work of Karl Marx. In my opinion, in the early days of the Chinese Communist Party, much of Marx was irrelevant. Some of his works were also not available in translations. My impression is that there is veneration for Karl Marx in China, but that it is not based on widespread knowledge of his work.

Should students of economics read "Capital"? How up-to-date is Karl Marx?

You don't have to read Karl Marx to be a good economist. Most of his theories have become obsolete or have been wrong from the start. But it is still worth reading Karl Marx because there is an abundance of interesting thoughts. I would recommend reading Karl Marx to any economist or any educated person. I don't know whether it has to be "Das Kapital" because the work is a very dry and boring read, especially in the first chapters. Actually, I would always recommend that people read The Communist Manifesto. It is very well written and belongs to the canon of literature in Germany. I would recommend that rather than "Das Kapital".

The interview was conducted by Zhang Danhong.
Bernd Ziesemer was editor-in-chief of the business newspaper "Handelsblatt" from 2002 to 2010. Today he is a book author and columnist. In 2012 he published "Karl Marx for Everyone".